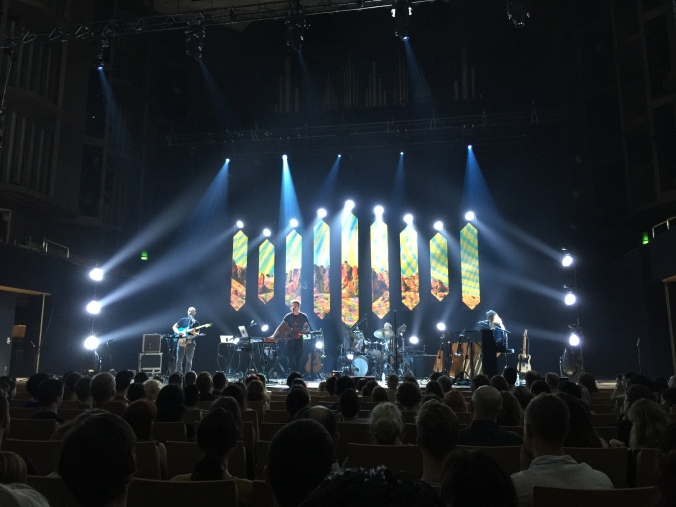 QPAC Concert Hall – seemingly as tall as it is long and with 1800 seats – is a bloody big venue and needs some big noises to make it feel full.

It’s clear within seconds that Sydney’s Ngaiire, supporting Sufjan Stevens on this tour, is a singer who is more than up to the task. Diminutive in size, but certainly not in vocal ability, the Papua New Guinea-born artist will surely have won many new fans with this over-too-soon 30-minute set. ‘Fall Into My Arms’ is an early highlight, while single ‘Once’ and ‘I Can’t Hear God Anymore’ are moments of unbridled joy. What a bright future she surely has.

The Sufjan Stevens Show in 2016 is essentially a two-part drama: an intense trip of 14 tracks from across the 40 year-old’s career with all the electronic trimmings, followed by a stripped-down, semi-encore of a further handful of songs that brings it all home with intimacy and charm.

The opening trio of ‘Redford (For Yia-Yia and Pappou)’, ‘Death With Dignity’ and ‘Should Have Known Better’ have the audience in raptures as a searingly-vivid light show evokes the feeling of being in a particularly garish (and particularly loud) church or cult meeting. The five-piece band go about their task with a near-telepathic sense of communication, as the mood of a piece can lift or drop depending on a look or the slightest gesture.

‘Drawn to the Blood’, ‘Eugene’, ‘Carrie & Lowell’ and ‘Blue Bucket of Gold’ from 2015’s all-conquering Carrie & Lowell make appearances before the band disappear and reappear after deafening calls for more. 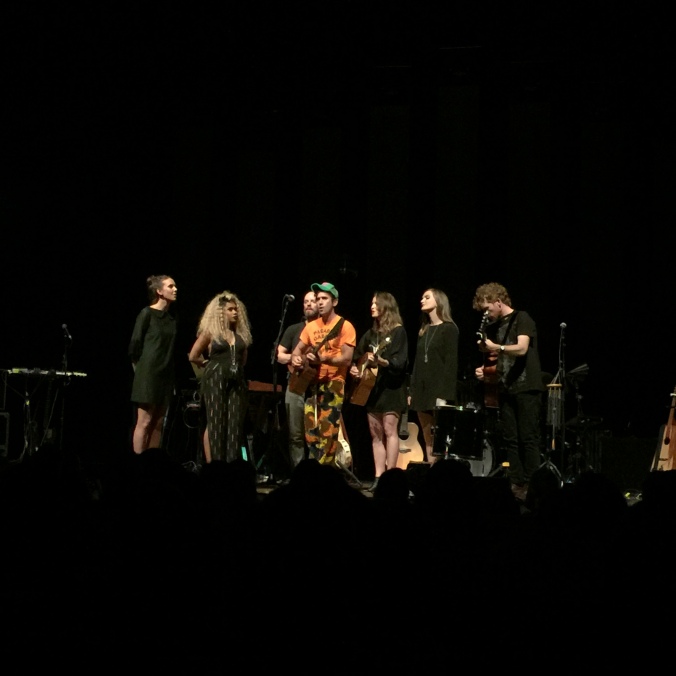 Now, dressed in fairly ridiculous orange t-shirt and cargo pants, Stevens is more laidback and chats to the audience, including labelling his banjo a “strange instrument”. The closing section of the show is, in many ways, more rewarding for the gig-goer, as it provides a chance to see the musicians’ true skills at work in a stripped-down and more measured setting.

Songs including ‘The Dress Looks Nice on You’ and ‘John Wayne Gacy, Jr.’ are worked through, before obvious closer ‘Chicago’ sees Ngaiire return to the stage for a grand finish.