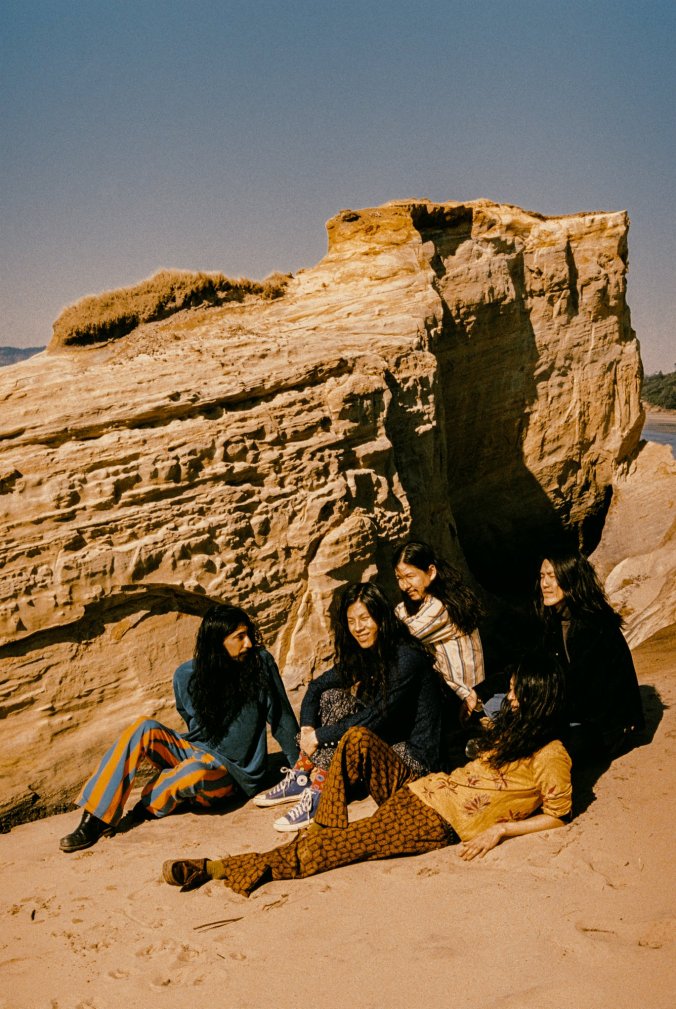 From busking outside train stations and having to pay to play in Tokyo’s live music venues to becoming a leading light for Asian music internationally, Japanese psych-rockers Kikagaku Moyo have come a long way since their 2012 conception.

Much of that success was down to early push and pull factors that saw them leave their homeland and discover new communities and audiences abroad, Kurasawa explains.

“When we started, people were beginning to care more about music outside of where they were,” he says. “At that time in Japan, media would see you as either a Japanese band or a foreign band; different things were expected from domestic and international bands. There was a tendency at the time for Asian bands to be like American bands; to sing in perfect English and those kind of pressures. But we’re not from L.A. and I like being different. Also, in Japan at that time, bands had to pay to play, whereas in Australia we found you could get paid, even if it was gas money or dinner money. So, we thought, ‘let’s go to Australia’. It gave us confidence quickly after our first show in Melbourne.”

Guruguru Brain – founded in 2014 – is a major focus for Kurasawa and Katsurada this year, as the label seeks to expand into new territories and make connections internationally; albeit with a focus grounded by a DIY approach and communal aesthetic.

“It’s nice to feel that we’re supporting the community,” Kurasawa says. “This is something I see in Australia because, geographically, it’s so hard to tour in America, so the community has to support each other. That’s kind of what we are trying to do for the Asian music community. This is a big mission for us; even more than the band. The band is nice; hanging out, playing music with friends and touring, but we’re also trying to focus on the label, so we’re meeting new bands from Taiwan and some others. I look for originality and identity in the music. It’s interesting that a garage band from Taiwan can be so original but you can hear influences from, say, New York or Chicago. You can connect over feelings that maybe we grew up listening to the same types of music.”

Kikagaku Moyo’s mind-bending sounds range from hard-rocking psych to mellow, sitar-drenched folk and much more in between, and every live experience is a very different beast, with about 20 to 30 per cent of the show being improvised. The band will tour New Zealand and Australia beginning 28 February, with a show at the Croxton Bandroom on 4 March.

“Every day we change the setlist and we have songs that can change and become improvs,” Kurasawa says. “We just kind of have to see what we feel, and it depends on how the song is affected by the atmosphere and the audience setting etc. This will be our third time touring Australia. The first time we came was in 2013 when we had just started the band, so it’s really nice to come back to where it all started in terms of touring. Last time we played Gizzfest, we connected with lots of audiences and other bands. It’s a very nostalgic and special place for us. I think we are going to stay in Japan after this Australian tour to do some writing. We will record this year and hopefully [a new record] will be finished this year. Since we are self-releasing we can do it any time we want. There is no pressure.”