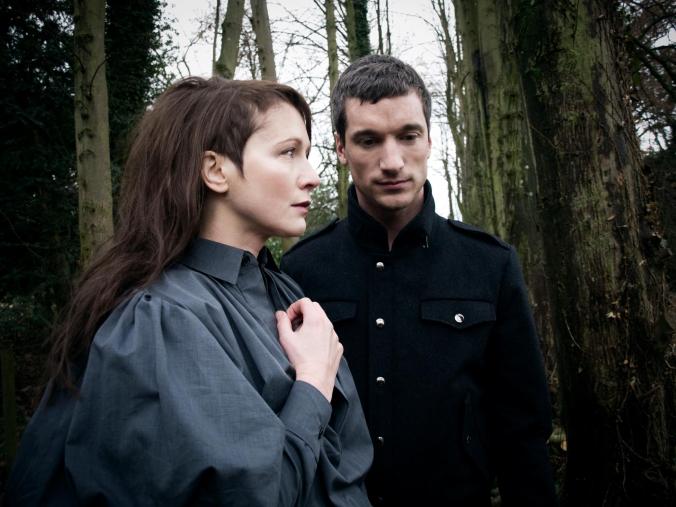 THERE was only one recipe for success when writing the latest Lamb album: keeping things organic.

The English electronic duo’s sixth album, Backspace Unwind, is the band’s second since their 2009 reformation, and singer-songwriter Lou Rhodes says it took her and Andy Barlow to get back to basics to make it happen.

“When we split in 2004, the whole thing was getting very confused,” she says. “I was dying to go off and do more acoustic-based stuff, to the extent that I was trying to pull Lamb in an acoustic direction. At the time, when we wrote Between Darkness and Wonder, we were writing with a full band as well. As a result, that album is quite confused as a Lamb album as it has all these elements pulling in different directions. When we split up, I wrote three solo albums then got back together in 2009 to do Lamb shows and subsequently write 5, [after which] we talked about what Lamb was and where it had gone wrong. The essence of Lamb is basically Andy’s electronica and my song-writing, and the kind of strange dialectic that they do with each other. So, writing a Lamb song is very much of a case of starting from really basic principles like a drum track from Andy or a few simple words from me. We always have to grow [songs] between us, and that’s what makes a Lamb song.”

Formed in 1996, the genre-defying duo may have found a new lease of life with Backspace Unwind, helped by their new, relaxed approached to song-writing and the ability to banish that doubt-instilling inner monologue.

“I was describing this to a journalist the other day,” Rhodes says. “It feels like from the very beginning of the process of writing this album that there was a flow that somehow set into place and we just ran with it. It just feels like that’s kind of continuing now that it’s released. The response has been amazing; people seem to really get the album and it’s really very, very positive. This is our sixth Lamb album, so at the very beginning I had this though in my head, ‘oh shit, what have I got left to write about?’ So I started playing around with free association ways of writing, so rather than thinking about what to write about, I almost got my mind out of the way and it became almost like a meditation. I’d kind of let the thoughts come through me, rather than from my mind, if you can imagine that. The mind is a terrible editor; it’s like ‘no, that’s shit’ or ‘no, that’s great’. It comments. If you do some meditation, you notice your mind kind of commenting on everything, and you’re just like ‘won’t you shut up a minute.’ That was my process with certain songs; ‘Shines Like This’ and ‘In Binary’, which are very much examples of that way of writing, where I just let it flow. As a result, the lyrics are quite abstract in a way.”

An invitation to perform with a Dutch orchestra found the duo more than a little out of their comfort zone.

“We were asked if we would like to play some shows with the Amsterdam Sinfonietta,” Rhodes says. “It’s a world-class orchestra, so how could we refuse? It was a real learning curve for us, as there was quite a communication barrier between our world and theirs. I mean, they are very much a classical setup with recognised boundaries and they like to play what’s on the page, and Lamb is just about the opposite of that – we play almost exactly what’s not on the page. Andy can a bit bolshy at times, so it was a very interesting dynamic, I’ll put it that way.”

A five-date February tour of Australia is locked in, and Rhodes is hoping to go down as well as they have done in these parts in the past.

“We always have an amazing time when we come and play there. We find Australian audiences incredibly open and enthusiastic. Australian music is generally very positive, and when we play live it’s important that we have that amazing connection with the crowd – we certainly seem to get that in Australia. There’s a lot of positivity in Australian people, maybe because it’s a relatively new country in the world; you’re not dragged down by history as much as many of us. We seem to have made a connection there and long may it survive.”

LAMB PLAY THE TIVOLI FEBRUARY 10. BACKSPACE UNWIND IS OUT NOW.