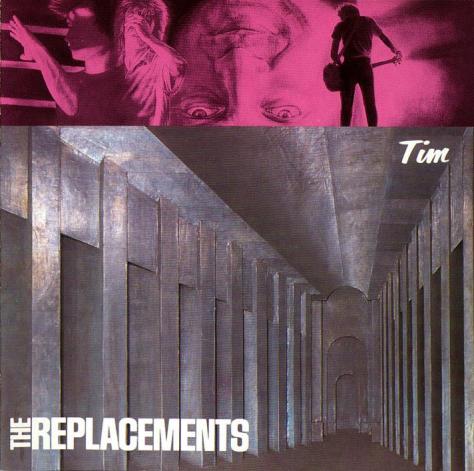 There’s something magical about hearing a song for the first time, looking up the album it came from, and finding the other songs to be just as good, or better. But, have you ever loved a band on first listen, only to discover they split up years ago, leaving you wondering just how the hell you’ve never heard of them and lamenting the fact they’ll probably never record again? Let me tell you about how I discovered the Replacements.

A few years ago I spent a freezing January evening in a dingy bar with an old friend, downing beer and shots and discussing plans to better ourselves in all sorts of fantastical ways. After we parted I stumbled home through the cold night air, turned on the electric heater and slumped in front of the TV with a beer. By dumb luck the set was tuned to some long-forgotten channel showing a documentary about lesser-known college rock bands of an unspecified era. It was at that glorious moment, through my numbing alcohol fuzz, I heard a throaty voice singing the words “Sweet Georgia breezes, safe cool and warm…” I reached for a piece of paper and scrawled the name of the song: ‘Left of the Dial’.

It could be argued it was a very Replacements-esque way of discovering something: being a bit worse-for-wear, alone, and dreaming of better times. The band had taken self-sabotage and hard-living to ever-increasing heights since their 1979 formation, in between releasing albums containing a mixture of bonehead punk, sloppy adolescent thrash, and occasionally, heartfelt pop; all done in a way that would make you think they were the only band to ever truly understand loneliness and alienation.

By 1984, Minneapolis label Twin Tone could no longer contain them, and they signed to Seymour Stein’s Sire. With this in mind, the production quality on 1985 release Tim could be expected to be a step above previous recordings, when the opposite is true. Produced by former Ramone Tommy Erdelyi (allegedly through a set of headphones as he was near-deaf from his touring days), the sound is blunt and distant, especially Chris Mars’ drumming.

Nevertheless, Paul Westerberg’s song-writing and worldview make Tim great. ‘Left of the Dial’, ‘Hold My Life’, and ‘Bastards of Young’ are anthems for fringe-dwelling outsiders everywhere. ‘Kiss Me on the Bus’ – originally titled ‘Kiss Me on the Butt’ – is a brilliantly jangly, rockabilly-tinged, pop tune that you never want to end. Dumb rocker ‘Dose of Thunder’ is followed by quite possibly the only song ever recorded about being at the mercy of prima donna air hostesses: ‘Waitress in the Sky’. “Strutting up the aisle, big deal you get to fly, you ain’t nothin’ but a waitress in the sky,” is Westerberg at his most cutting.

‘Swinging Party’ and ‘Little Mascara’ tell more tales of wasted opportunity and loneliness, with Westerberg admitting “If bein’ wrong’s a crime, I’m serving forever, if bein’ strong’s your kind, then I need help here with this feather.” Such honest inadequacy probably wasn’t heard since ‘Teenage Kicks’. Closer ‘Here Comes a Regular’ is a melancholy ode to the pathetic booze hound; something Westerberg could see himself becoming, and what Stinson had been for some time, bringing about his sacking from the band before Tim’s release (he died of alcohol and drug related causes in 1995.) Gut-wrenching and arresting, it’s a fitting end to a fantastic album.

After Tim, the Replacements were never the same; seemingly floundering between punk ethics and Westerberg’s desire to crash the top-20. While they took several more years to fade away rather than burn out, Tim stands as testimony to the power of the Replacements, and tells the story of a time in the fakest of decades when four young punks from Minneapolis were the real deal. Grab a beer and give it a spin.