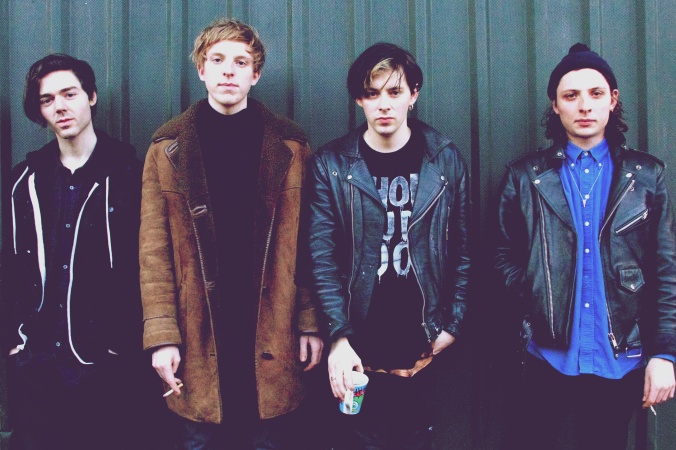 Self-confessed upstarts, the four young lads that make up Birmingham quarter Peace are headed to Australia for the first time. Frontman Harrison Koisser explains how the group are looking forward to sharing “our ideas”.

It’s odd that no other band has claimed the name Peace before. How did you arrive at the name?

I think it was staring at us in the face the whole time; and then when we forgot about choosing a name it became very obvious.

What has the reaction to your debut album ‘In Love’ been like so far?

Very positive. Some older people like to make a point that we sometimes sound like something they knew when they were younger, but I think that’s happened to every band ever. It just feels like your old dad nagging you to do the washing up, though. We’re very positive people most of the time and the majority of things we hear we abide with.

You recently toured with Miles Kane and Palma Violets. Any good tour stories?

Many. It seems so long ago. We had a good lark with all the boys. They’re all diamonds.

Which band member cares most about how they look on stage and in band photos?

I know you’re supposed to say you don’t, but I think all of us do. You’d have to be a total slob to not give a fuck when there’s a couple of thousand people watching or when there’s photographic evidence going around. Not in like a huge way, but you know what I mean.

September will mark your first trip Down Under. What are you most looking forward to about coming to Australia?

I’ve heard the lifestyle is different but the ideas are the same. It sounds like something we can get along with. I want to feel it.