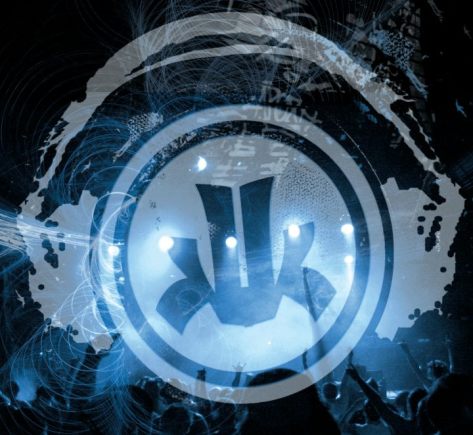 “Insession is our second album to date,” he says. “We’re really proud of this album; we feel very comfortable with how we’ve evolved our sound over the years. Kobra Kai has been together as a band for almost eight years now, and it even existed previously as different incarnations, so it’s been a long journey and we’re a really solid unit. Down the years we’ve had a few band member changes, and we’re in a place where we feel really comfortable and we’ve always known who we are and what our music is, but this album really feels like our sound is really solid and an accurate reflection of us and how we’ve developed as artists. We’re all in our early thirties, and we’ve all been doing music as our principal passion for around fifteen years, so Insession really reflects where we’re at right now.”

Honing their live show has always been Kobra Kai’s main focus, with recording taking a back seat.

“We’re firstly and foremost a live band,” he says. “Basically, our ethos is to replicate in a live situation the music we hear at raves and clubs; predominantly club-based dance music. Someone will have an idea for a song or a skeletal structure of a track, and together we try to put all our ideas or themes into that. Then we rehearse it, it might change over time, and eventually it might become something, or maybe not. Sometimes it’s clear there will be a diamond at the end of this piece of rough, so to speak.”

“Insession is only our second album,” he says. “We’ve put out singles before and an EP or two. It took pretty much five years to get the first album done, and we needed to kind-of purge all of that and get it out the way so we could sink our teeth into the second album; it was almost like a release of new music as a finished product. So, this album is really special to us. It’s a bit darker than the last one, and we’ve produced and mixed all the tracks on the album ourselves, so they really are all ours. Hutch and Rehan have become really adept producers, and they are the two real musicians in the band in a classical sense; they play the instruments. Our first album was executive produced by an artist in London, and it was never quite satisfying to us, and it didn’t feel like our own; so we’ve done this one all ourselves.”

Using drums and guitars in a dance show adds another dimension to the band’s live performance.

“Hutch and Rehan come from a traditional instrument-based background,” he says. “They appreciate the club sound, we appreciate the musicianship, and so we come together and take inspiration from DJs in clubs and work out ways to add things to it in a live environment. I’m a DJ at heart, but when we’re on stage the live aspect is all about the energy we capture from the crowd. It’s so engaged, personal, and energetic, and the live aspect is really important in that, and in who we are as band full-stop.”

Slice is looking forward to a busy few months ahead, with the band set to hit the road in support of the album.

“We’ve got an Australian tour coming up for Insession,” he says. “We’re playing Sydney, Adelaide, Perth, The Blue Mountains, Newcastle, Brisbane, Byron, and Melbourne. Then we’ll be taking it to New Zealand. Hands down the best gig we’ve played is Subsonic; it’s all about the music and a great vibe. We’ve played Big Day Out, Future Music, and Parklife, which are always a pleasure to play as they’re generally really well manned and the sound is tip-top. As a performer, having a great set-up makes a real difference. We’re also going to be busy writing new material, which is a constant process for us, and we have a music video coming out really soon for our track ‘New Swings’. So all in all, really busy!”

INSESSION IS OUT NOW THROUGH ITUNES AND WWW.KAILIVE.COM