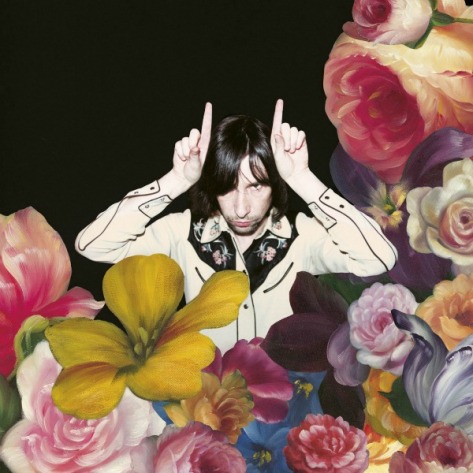 Now in its fourth decade, Primal Scream’s career has had more twists and turns than a motor race. From flower power, acid house, dub, dance, and straight-up rock ‘n’ roll, there’s not much the ‘Scream haven’t tackled since their formation in Glasgow in 1982. Since 2008’s Beautiful Future the band has undergone some changes; most noticeably with the departure of bassist Gary Mounfield, who rejoined the reformed Stone Roses and was replaced by Simone Butler. The great thing about Primal Scream albums is that you never know what you’re going to get, so what have the six-piece served up this time around? The answer is quite a mixed bag, and while it’s definitely not bad, it’s also not all good. Opener ‘2013’ is a decent attempt at a soaring rock song that will sound great live, but for every good song there’s one like ‘Culturecide’; a pretty poor attempt at a social/political statement that ends up sounding heavy and awkward, or ‘Goodbye Johnny’; a bizarre saxophone-heavy loungeroom number that sees frontman Bobby Gillespie doing his best/worst crooner impression. Single ‘It’s Alright, It’s Ok’ is pretty much 1991’s ‘Movin’ On Up’ revamped for a new generation; all uplifting Bob Marley-esque lyrics and handclaps, and ‘River of Pain’ features some nice acoustic guitar work over Gillespie’s breathy vocals. Primal Scream are one of the best bands to have come out of Britain since the ’80s, but a lack of cohesion and too much filler probably means More Light won’t be going down in history as one of their best albums. (First International)