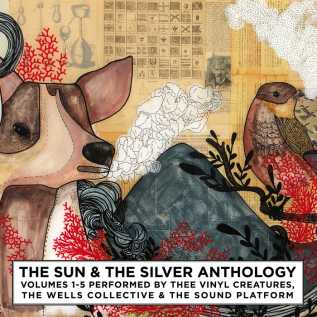 This volume of ten songs by defunct experimental rockers The Sound Platform forms part of a sixty-eight track, career-spanning anthology of Melbourne rock journeyman Darren Smallman, who also had stints in rock bands Warped! and Toad in the early ‘90s. Now running his own label, Smallman has thrown together the best parts of his final band in this ‘90s-tinged collection. There are hints of what could have been in Sonic Youth-esque third track It’s Cold In The City, while elsewhere there are lyrics that could have come from the mouth of Evan Dando, Doors-y keyboards, and jangly guitars à la The Byrds, adding up to make quite a mish-mash of an album. Despite the age of some the material, the sound quality is excellent, and well worth checking out. (BATTLE/Low Transit Industries)