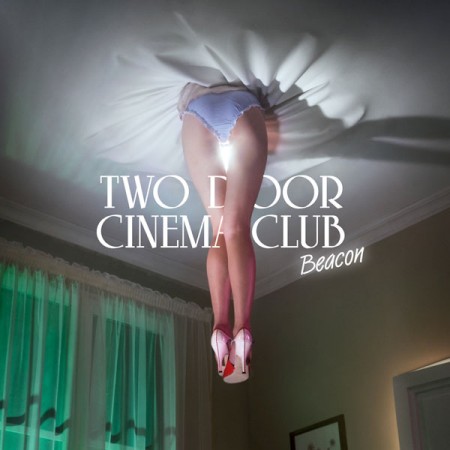 For a small country Northern Ireland has produced some top recording artists. Van Morrison, the Undertones, and Snow Patrol all cut their teeth in the bars of Belfast before cracking the charts, but indie-pop three-piece Two Door Cinema Club have taken a less conventional route. After forming as a trio and playing live shows with a laptop in place of a drummer, they signed to boutique French label Kitsuné and released their 2010 debut to critical and commercial acclaim, while setting dance floors alight with their catchy pop-rock tunes. Much like that record, Beacon is full of romantic lyrics, jaunty drumming, and angular riffs. It’s a more mature sound for the young band, with much of the subject matter being about the loneliness of the road, and while it’s less direct than its predecessor, the band’s collective rise in confidence pushes them to try new things. Opener ‘Next Year’ is reflective without being downbeat, with singer Alex Trimble’s charming brogue shining through, while the unexpected female harmonies and orchestral backdrop on ‘The World Is Watching’ (With Valentina) have a soaring elegance that belie the bands’ tender years. ‘Wake Up’ begins with some ferociously funky bass lines before unleashing a multitude of laser-like synths, and ‘Someday’ barrels forwards with urgent guitars galore. Having a recent American concert booked out by President Obama shows how far Two Door Cinema Club have come, and in Beacon, they have an album that will only serve to cement their reputation as top-notch tunemakers. (Kitsuné Music)