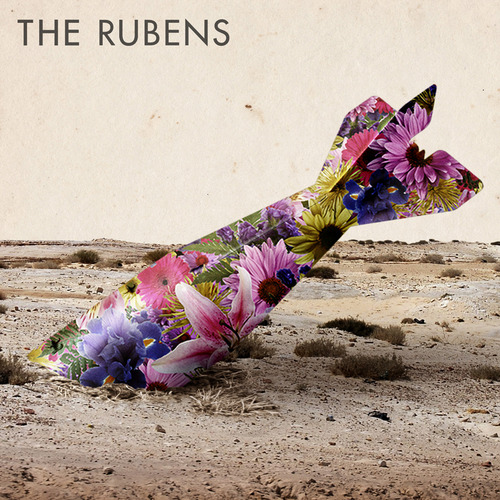 Despite only existing for a little over eighteen months, The Rubens have gained a massive following; a result of being such accomplished purveyors of a new brand of bluesy, soul-drenched indie-rock, exemplified by their breakout single Lay It Down. With such instant acclaim comes a huge weight of expectation, which the Menangle four-piece have managed to sidestep effortlessly with this instantly-classy debut record. Sounding from the get-go like a mix of the best parts of the Black Keys, Rolling Stones, and the Doors, this is a collection of songs that follow the blueprint of ‘Lay It Down’ and second single ‘My Gun’; all retro rock guitars, vintage keys, and soulful vocals. Opening with a smattering of mournful piano on ‘The Best We Got’, before breaking into My Gun and the supremely bluesy ‘Lay It Down’, the group of three brothers and a childhood friend have a laidback groove that you would expect to hear from a band that has been playing together for decades, not since last year. There are dark moments too, specifically on the brooding Elvis and smouldering ‘I’ll Surely Die’, while fast-paced late-album highlight ‘Don’t Want To Be Found’ sounds like it could get audiences jumping by the first few bars. The quality of production may leave you wondering why the sound is a little muted when it should perhaps have been allowed to be let loose, but ultimately the song-writing mastery shines through on what is a fine debut effort. (Ivy League)