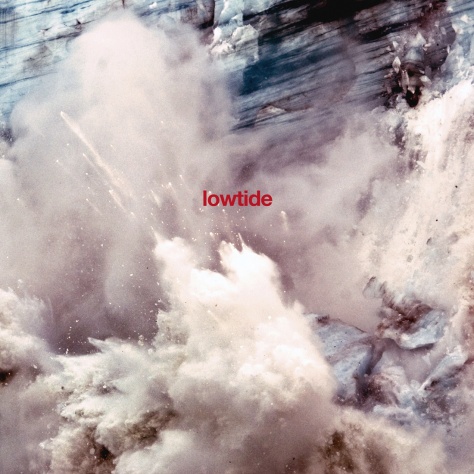 Melbourne’s Lowtide are a band that takes their time, but boy has it been worth the wait. What started as a bedroom project for guitarist Gabriel Lewis in 2008 has blossomed into a four-piece band with a strong live reputation and now a debut album in the bag; and what a fine debut album it is. While shoegaze is the label that will be slapped all over these nine songs, there’s a lot more to sink your ’90s-cut teeth into. The band seem to know the perfect time to drift out of focus, as on ‘Still Time’ and ‘Yesterday’, before returning sharply into view with crisp pop single ‘Held’ and darkly primal ‘Autumn’. First single ‘Blue Movie’ could be ripped from a Lynchian dream sequence, whereas the chugging bass rhythms on ‘Wedding Ring’ provide a more forward-looking approach. Top marks have to go to singers Giles Simon and Lucy Buckeridge, whose poised vocals provide constant highlights on most tracks. Unfortunately, such fresh beauty often causes music reviewers to roll out plum old phrases like “melodic textures”, “aural layers” and the worst of all, “sonic soundscapes” in failed bids to capture the grandeur of this music in words, but crap like that doesn’t do it justice. Whether you want to call it shoegaze, roogaze, dream-pop, indie or whatever, this is simply a classy piece of work that should feature in everyone’s end of year best-of list. (Lost & Lonesome Records)

“Yeah, it has been ages actually,” he says. “When we recorded it there were lots of overdubs and returning to things. I sort of decided how my guitar was sounding in the studio sessions wasn’t as up to scratch as I’d like, so I overdubbed everything and broke everything down separately, just to get full control over everything and its sound. Otherwise, I think we’d played too much all at once and it got a bit choked. I really like doing that sort of stuff, because the idea is always there when I’m performing the songs, but I know that I don’t have enough fingers to be able to play all the stuff that I’m thinking of. So it’s kind of cool to flesh it all out and to see it realised in a way that we hope to be able to do.”

The quartet’s eponymous debut may have taken an age to see the light of day, but consistently strong live performances have paved the way for its arrival and reception.

“To begin with, we were so relieved just to have it done,” Lewis says. “But now it’s really exciting; the response we’ve had from the single so far has been really amazing. Live, there’s always a pretty strong response. The good sign is that you can’t hear too much talking going on in the room, which is nice. Especially with the quieter songs, people tend to lose attention and be chatty or whatever, but it seems to hold, so I think that’s a win.”

The first single is ‘Blue Movie’; a sparse slow-burner, although any future writing may come about in a different way, or so Lewis hopes.

“When we started there were a lot of songs already written,” he says. “[They] sort of just slotted into place in the band. More recently, we’ve had a few jams and a few ideas started from the two bass players doing parts over each other, then I’d come along and do stuff over that. I’m hoping to do more of that in the future. Everything I’ve written is really kind of taxing as far as performing goes. When we play shows it’s non-stop for me, and everybody else gets to have a bit of a relax now and then (laughs).”

Shoegaze’s original wave of popularity might have peaked in the early ’90s, but Lowtide are just one of a number of new bands taking the genre in a new direction.

“I’ve battled this for a long time in my head,” Lewis says. “You kind of don’t want to knock off what everyone’s done in the past, and if it works so well then why re-invent the wheel? Then there are a lot of bands classed as nu-gaze or whatever, adding their own edge to it to try and stand out from the crowd. I find that generally weakens the concept, and I guess if you look at blues or rock – there are standard ways of doing them, and it’s the same with shoegaze. Shoegaze is a fairly independent or off-the-radar thing, so maybe that’s why people feel that they need to try to make something else of it. But I think it’s now establishing itself, and the sound is still popular, even if it’s still linked to the ’90s because that’s when it first blossomed. It keeps coming and going as well; there have been ups and downs, and it’s just coming up at the moment, which is really exciting.”

As humble a musician as you’ll probably find, Lewis is happy take one thing at a time for Lowtide.

“At the moment we’re just focussing on the album launch,” he says. “[It] is on the 25th of July at the Tote, and after that we’ll be touring to Brisbane, Sydney and over to Adelaide as well. Then we’ll take it from there, I guess.”

LOWTIDE IS OUT NOW.

They say life is a little bit more laid back in Queensland, but the length of time it has taken Brisbane’s Tape/Off to record and release their debut album is surely taking the piss. After years of putting out singles and EPs, the quartet of Nathan Pickels (vocals/guitar), Ben Green (guitar), Cameron Smith (bass) and Branko Cosic (drums) have finally gone and done it, and thankfully it has been worth the wait. While first single ‘Pedestal Fan’ is a typically brutal piece of Tape/Off alt-rock, it isn’t necessarily an all-encompassing indication of what’s to be found on this 11-song effort, as there’s more than a healthy dollop of shoegaze messily slopped all over. Opener ‘Australia’s Most Liveable City’ eases us gently into proceedings with a dazed, meandering stroll through the beauty and banality of living in Brisbane in 2014, before ‘Peggy’s Lookout’ opens up into the heavy sound we know and love Tape/Off for. There’s still a debt owed to Pavement through tracks like ‘Different Order’ and ‘Believe In You’, while fractured New York Dolls-esque highlight ‘Climates’ exemplifies their ramshackle charm. Trying to guess whether each upcoming song will be a cruncher or a softie is like trying to predict whether the school bully will focus his meaty aggression on you on a particular day, but somewhat surprisingly it’s the less brutal tracks that are most memorable, like ‘Escalator’ and downbeat closer ‘Another Year’. It’s this fantastic mix of aggression and restraint that make you want to grab the band by the lapels and – in true school bully fashion – tell them not to leave it so damn long next time. (Sonic Masala) 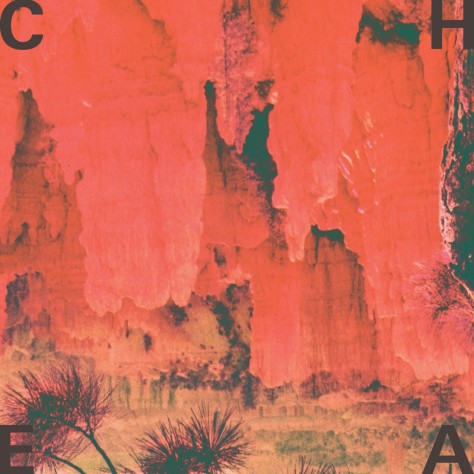 In twenty or thirty years time when the music of 2010 to 2020 is being rehashed, what will bands play? I ask this out of the deepest concern, as the resurgence in use of ’80s synths and ’90s shoegaze and fuzz-rock has become so common lately that it’s contributing to the lack of a distinguishable ‘sound’ of this decade making itself apparent. Are we doomed to repeat the same trends ad infinitum? London quartet Cheatahs aren’t going to help answer that question, as theirs is a sound so steeped in the guitar rock of 1990-94 to make it impossible to be described in any other frame of reference. In saying that, if a guitar band is going to pick a four or five-year period to lift its entire sound from, perhaps only 1966-70 or 1975-79 could be better. Their debut album is a solid mix of shoegaze, college-rock and fuzz in the mould of Sonic Youth, My Bloody Valentine and Ride, and while you’ll have heard it all before, its familiarity feels like a gloriously cosy blanket being pulled over your anxieties and easing them gently off to sleep. The opening trio of ‘I’, ‘Geographic’ and ‘Northern Exposure’ get among the jangly fuzz without hesitation, but it’s when ‘The Swan’ lets a bit of Dinosaur Jr-esque riffs into the mix that the peak is reached. Overall, the entire album is an unmistakeable tip of the hat to a short period in time that changed guitar music for the better, but still somehow sounds fresh. The ’90s are dead; long live the ’90s. (Wichita)