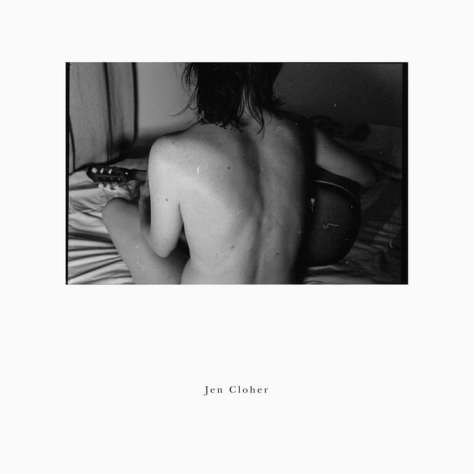 It’s been four long years since Jen Cloher’s last solo album, and while she’s been far from idle or out of our collective eyeline in that time, it’s bloody good to have her back putting out new material of her own. That’s because 2017, and everybody involved with it, needs a healthy dose of Jen Cloher’s fire, and if you don’t feel like you’ve had a savage, if eloquently-delivered, kick to the pants after a run-through of these excellent 11 songs, then you’re probably not wearing any pants and you should do something about that immediately. When she’s not using Rolling Stones lyrics to weave tales of missing her partner while she’s on tour on lead single ‘Forget Myself’ or meandering in perfectly off-kilter fashion while questioning the Australian dream on ‘Regional Echo’, she’s raining blows on the “feral right” on ‘Analysis Paralysis’, and the over-privileged and (gasp!) music critics on ‘Shoegazers’. It’s all well and truly called-for, and Cloher delivers on every track, while her other half is pretty damn handy on lead gee-tar, too. We should be happy Jen Cloher is on our side. What an outstanding album.

Back with her third record after four years tending to ailing parents in New Zealand, Melbourne singer-songwriter Jen Cloher is moving away from her indie-folk roots, towards a sound that is rockier, more immediate, and ultimately better than anything she has done before. Recorded in six days and with a title taken from the autobiography of dance choreographer Martha Graham, the crowd-funded In Blood Memory sees her dabble in lo-fi guitar distortion, single-mindedness, and stark honesty throughout, and showcases an artist who has returned to recording with a fresh, energetic approach to her music. Opener ‘Mount Beauty’ wastes no time getting among the riffs, with rough and raw production evident from the start, and the seven-minute ‘Name In Lights’ burns more slowly before building to a big finish. The country-rock lead lines of ‘David Bowie Eyes’ and ‘Toothless Tiger’ are a charming match to Cloher’s voice, which flits between coarse and gentle throughout the album, depending on the mood. ‘Needs’ is dark and brooding, and closer ‘Hold My Hand’ directly references Cloher’s mother’s descent into Alzheimer’s disease, and the confusion and pain that comes with it. Despite the often heavy subject matter, this is a triumphant return for a singer-songwriter who must be considered one of the best in the country at what she does. While it seems like forever ago, Cloher’s 2006 debut was nominated for an ARIA award, and the quality of In Blood Memory surely makes it worthy of the same. (Milk! Records)