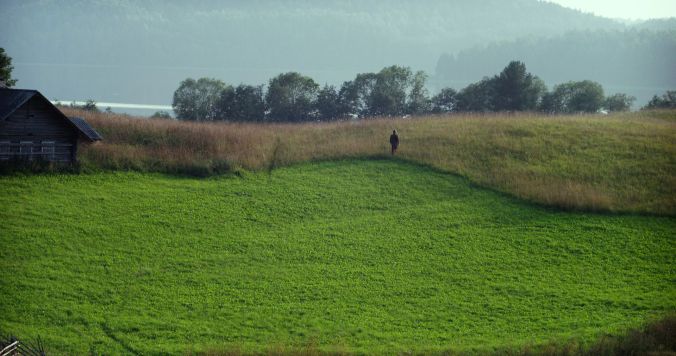 A cast of almost entirely amateur actors stars in a tale of life in a dying lake community, in which the line between script and real life is frequently blurred. Adrift on a sea of loneliness, poverty and vodka, a hardy band of colourful characters have a single link to the outside world: their charismatic postman (the excellent Aleksey Tryapitsyn). Puttering along in his tiny boat, the reformed alcoholic delivers mail, bread and pension money, and when he’s not struggling with his own loneliness and despair, is feebly lusting after old schoolmate Irina (Irina Ermolova), who is set to sell up and move to the city. As a way to become closer to Irina, he strikes up a friendship with her young son Timka (Timur Bondarenko), but the race is on to win Irina’s heart before she finds a job in town.

After his boat engine is stolen, the postman’s identity is gone, and he sinks lower than before, having been told it could takes for a new one to arrive. Just as a conclusion seems certain to come, the film abruptly ends with a long shot of the main characters sitting together on a boat crossing the lake, the postman having failed to get a new motor. It’s a finish that only confirms what is made clear constantly throughout: subtlety underpins everything about this film. From passing reminisces about an abandoned schoolyard to hallucinations about cats and drunken ramblings about longing for a long-demolished orphanage – instances that pass in seconds each – this is a bleak tale of a time, people and place forgotten by modern Russia, yet exist in countless similar villages across the great expanse of the world’s largest nation. 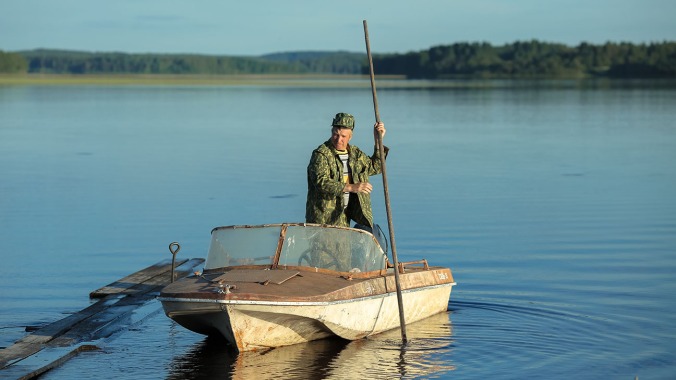 Exquisite shots of lakes, fields and sunsets which make up the remote, northern Russian environment are a major highlight in a somewhat grim tale that still manages to retain a level of humour and beauty in the everyday interactions between its characters.

The film bagged the Silver Lion award at the Venice International Film Festival, but was withdrawn from the running for the Academy Award for Best Foreign Language Film due to what Konchalovsky described as the overrated “Hollywoodisation” of movies. Whether this was a good move or not is open to discussion, but one thing is certain: Hollywood’s loss is the Brisbane Asia Pacific Film Festival’s gain.