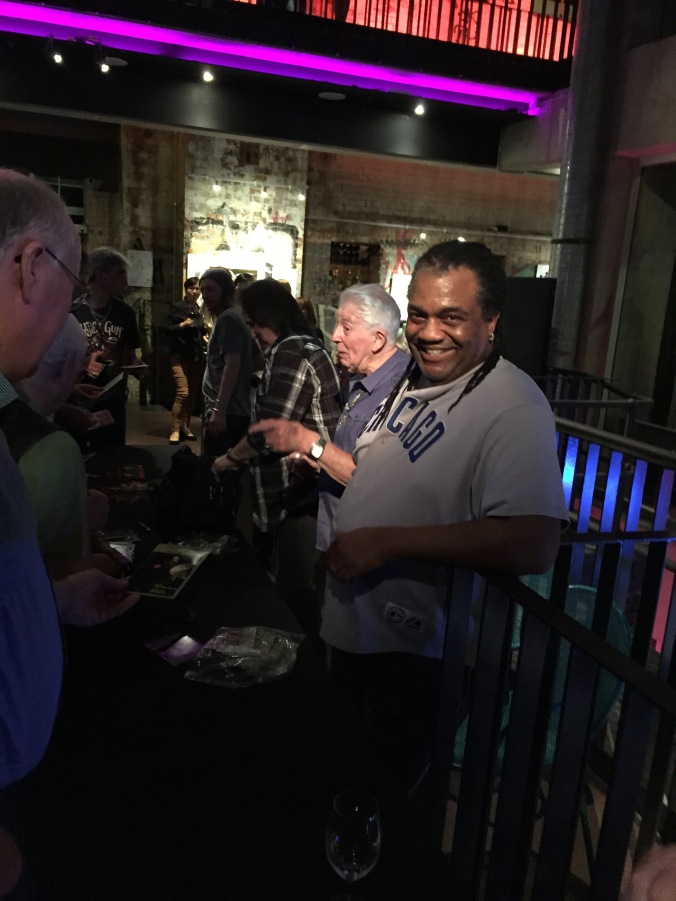 THE list of highlights and accomplishments in John Mayall’s career reads like a who’s-who guide to contemporary blues and rock music.

The 81 year-old has not only released over 60 albums, but his band the Bluesbreakers became the vehicle which introduced one or two talented folk to the public sphere for the first time: Eric Clapton, Mick Taylor, Peter Green, Jack Bruce, Mick Fleetwood and the recently-deceased Andy Fraser, to name a few. To say the Englishman has had a bit of a part to play in the many twisting paths of contemporary music is a laughable understatement: the guy is simply a living legend.

Each of Brisbane, Sydney and Melbourne has benefitted from his being in the country to play the annual Byron Bay Bluesfest, and this gig would allow Mayall to put on yet another masterclass of blues and rock not often seen in such a great venue in Brisbane. With his outstanding backing band of Chicagoans Jay Davenport and Greg Rzab (drums and bass, respectively), and Texan Rocky Athas on guitar, the veteran played a range of tracks from all periods in his career, from sixties classics like Blues From Laurel Canyon to most recent effort, A Special Life, and he and his band pulled out all the stops to have an Easter holiday audience stomping and baying for more.

Looking calm and casual like the seasoned musicians they are, Mayall and band start with ‘Not at Home’, which gives the frontman the chance to take his first of many harmonica solos; each of which stun and enthral in equal measure.

Moving through ‘The Bear’ and Sonny Boy Williamson’s classic ‘Checkin’ Up On My Baby’, the gang hit their stride and calls from the audience to “turn it up” ring around the auditorium. ‘Nature’s Disappearing’ keeps up the trend of each song lasting about ten minutes and featuring extended jams and solos, before Mayall announces “We’d like to change the pace a bit for you now,” as the slower ‘Have You Heard’ allows Athas to unleash some of the finest blues licks this reviewer has had the pleasure to witness in many a moon.

‘Big Town Playboy’ and ‘A Special Life’ show that the most recently-released material stands well next to the classics, and upon completion of ‘Walking On Sunset’, Mayall asks the audience “You’re all very well behaved aren’t you?” to rapturous applause.

‘Moving On’ is followed by ‘Long Gone Midnight’; the latter gives drummer Davenport a chance to strut his stuff with some seriously sassy solos, while JB Lenoir’s ‘Mamma Talk To Your Daughter’ goes down a storm. Otis Rush’s ‘All Your Love’ would have been the closer, but after several minutes of rabid noise, the band reappear onstage to run through an excellent ‘Hide Away’ to send this audience home ecstatically happy.