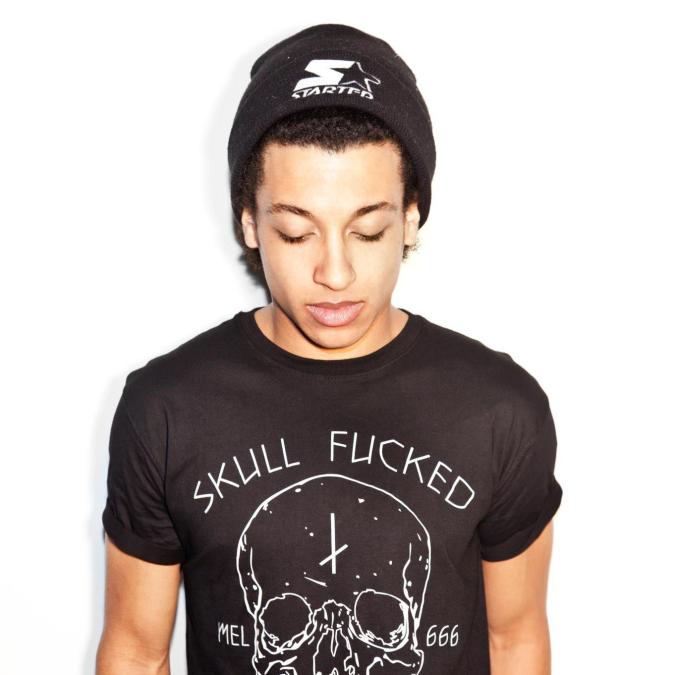 REMI Kolawole began collaborating with Sensible J and Dutch in 2011, and the rapper’s lyrics have continued to evolve without looking back. The Melbourne trio’s new album Raw x Infinity takes a new, edgier direction, as on singles ‘Livin’ and ‘Tyson’.

“We’re just trying to show to anybody who had only heard ‘Sangria’ last year the direction we’re going in,” Remi says. “Our last album, Regular People S#%t, was quite an eclectic listen. A lot of people who have heard that album would probably be ready for our current album, but for a lot of people who hadn’t – as triple j opened us up to a much wider audience than before – this was a good way to let them know what they were in for when they were getting this album. We have beats that are heavily driven by strong drums, live musicianship and there are no samples on ‘Livin’. I guess it’s also a bit deeper than ‘Sangria’; we’re talking about how we’re all being told how to live, as opposed to getting pissed in Brunswick [laughs]. I guess that it’s more of a move to show people our range and what we’re going to do. We just really like the song as well.”

The 22 year-old is keen on embracing a wider range of subject matter, and tackles topics like racism and politics in his songs. But does he consider himself a political rapper?

“Quite the opposite [laughs]. I just write from the average person’s point of view. I can’t pretend to be anything more than I am. [Tony Abbott] doesn’t really speak to me or the people who are around me. Obviously that’s just my opinion, and that’s what rap is. If anyone agrees, that’s cool, and if anyone disagrees, that’s cool as well. It’s all quite progressive; we’re always trying to do something new. On this album, I was trying to write stuff that was a bit deeper. This was all stuff that I just kind of picked up, but by no means do I want to be considered a political or super-conscious rapper. I just write about what I see or what I experience, and I guess some of the political issues came out.”

New single ‘Tyson’ is a no-holds-barred blast of Remi flaunting his lyrical talents over a brutal beat.

“Obviously you should be sending a message,” he says. “That should be a part of what you’re trying to do. But at the same time, you can also rap just to rap and get it out of your system. You can write some shit that hopefully sounds cool, you know what I mean? That’s ultimately what ‘Tyson’ is; just straight rap braggadocio bullshit that I’ve tried to construct to be as entertaining as possible. All the stuff that I write is basically made up of my experiences, or stuff Sensible J, Dutch and I talk about. I could be anywhere; I could be on the bus and see something happen and write about that. On the flip side, with Sensible J; he’s making beats in his head while he’s at his computer at his day job, so you just got to let the music take you whenever, in the most un-corny and unclichéd way [laughs].”

The new material has earned the trio plenty of national radio play, which Remi happily embraces, albeit with a touch of caution.

“Up until about three or four months ago we didn’t actually have any management or anything like that,” he says. “So we always operate like nobody’s got our back, if that makes sense. We’re thankful for anyone who plays our shit, because the stuff we’re doing at the moment is lyrically and sonically different to what’s going at the moment. It’s strange to us if anyone picks up on that and we’re thankful for it. By no means are we banking our career on anyone, because I don’t think you should be writing your music for a station or a magazine or anyone. Those avenues should allow the artist to do what they do, then spread their music, not the other way around. I’m totally thankful for what triple j has done for us, as well as any other media coverage that we’ve received. At the same time, I’m not going to bank on the stuff we do being picked up or written about because that would stifle my creativity and the creativity of Sensible J and Dutch.”

The group’s upcoming calendar is a busy one, with plenty of chances to air the new material.

“We’ve got our national tour coming up; the Raw x Infinity tour,” Remi says. “Then after that, we go to Splendour in the Grass, which will be great. Then we’re doing a few other – perhaps two or three – nationwide tours before November. Then we’re going to Germany in November, and back in December to hopefully do a bunch of festivals. We’ll be doing a couple of showcases in Germany, and we’ll definitely be going over there just to kick it [laughs]. I’ve been told only good things about Berlin, so I’m pretty excited.”

RAW X INFINITY BY REMI IS OUT NOW.