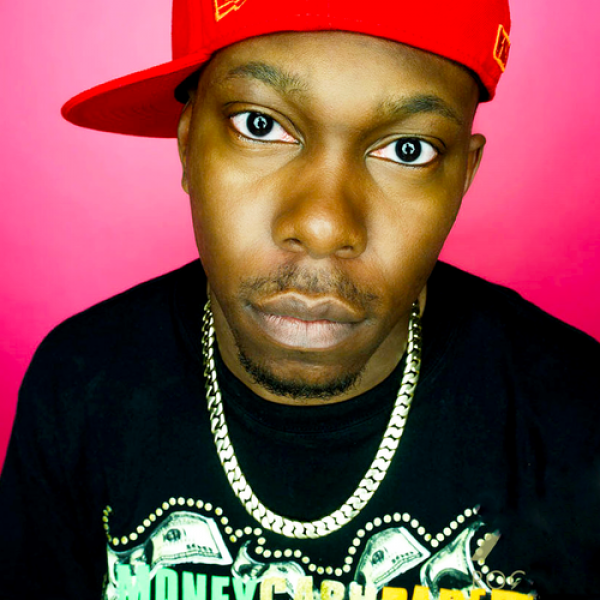 BARTENDERS TAKE NOTE: Dizzee Rascal would like his champagne served in the traditional fashion when he returns to Australia to play Groovin’ The Moo and a run of solo shows this month.

The East London rapper’s latest album, entitled The Fifth, came out in September, and introduced the 28 year-old to a range of new experiences.

“This was the first one I actually did in America; jumping from studio to studio, working with different big producers and other pop artists,” he says. “I’ve never done that before; everything has always been done at home or in-house up to this one. Going to the clubs out there and seeing the music in its environment can be an absurdity; the crazy, over-the-top-ness, especially within the music industry. I’ve seen things like that in London, don’t get me wrong, but when there’s a line of fifteen girls with fifteen bottles of champagne with sparklers in them that cost a few grand each, or a girl in a rubber dinghy delivering champagne to a table full of fucking drug dealers and rap superstars in the middle of a club while they play the Superman music, it’s a bit much, you know?

“I’m just kind of starting to understand [America] a little bit, so I was linking up with people there, and it just felt nice to record out there and be out of the way. And then obviously – in LA especially – there is a lot of big music being made there; it’s one of the key music places, as well as Atlanta and a few other spots. But LA is the serious one; when you’re there you can bump into anyone. I walked into the studio one day and Chris Brown was there talking to Spike Lee. There’s random shit like that, know what I mean? [My music] was always influenced by American music, but the last few years I’ve spent more time there, on my own even. From 2002 I’ve always spent time there to do shows or a few little tours, but it was always just in-and-out. All I knew about America was just from TV, music and movies, and it wasn’t until the last few years that I actually got to absorb it; mainly Miami, LA, Houston and a bit of New York. You can argue that that’s not even the real America, but those places are their own thing in their own right, and I understand America a little bit more now.”

A seasoned touring artist and grime pioneer, Rascal is confident of putting on a good show.

“There’s lots of energy in our show, and we’ll be bringing it all to Australia,” he says. “There’ll be material from all my albums, from the first up to The Fifth. At the smaller shows I’ll be playing more of the stuff that I won’t be able to fit into the festival set. I wouldn’t call it abstract stuff, but it’s stuff that’s geared more towards the die-hard fans, as well as the big or the more commercial stuff. For the festivals, it’s all the big stuff; things that will work in a festival environment. Big sing-alongs and things that will make people jump up and down, basically. [The new material has] been going down alright. To be fair, we played a lot of the stuff before it came out anyway. A lot of it was debuted in Australia as well, and it’s going to be nice to come back there after the album has actually been out and people have got to absorb it, so I’m looking forward to it. The thing is, for the last few albums, because of the time of year they have been ready to be put out, the music was tested out in Australia and New Zealand first.”

Collaborations have always been a major feature of any Dizzee Rascal album, with his latest featuring a range of guest vocalists and producers.

“Some of it was planned,” he says. “Someone like Will.i.am; I’ve bumped into him for years but we never managed to get anything recorded, or we recorded some shit and never finished it. This time I was working with Jean-Baptiste and he and Will.i.am have done a lot of work together, and that’s how the Will.i.am thing came about this time. Robbie Williams was another one I’ve bumped into a few times and we got on and everything, and I was looking for someone to record that song with. We rang him up and he agreed to do it as long as I came out there and recorded with him, which is rare as these days as most of the time I’m never in the same room with people. It was nice to actually sit down with him as he recorded his vocals. I’ve got number one songs I’ve done with Calvin Harris and we were never in the studio together; it’s crazy.”

Despite having been a recording artist since the age of 16 and already a veteran of the scene at 28, Rascal still feels the pressure of releasing new material.

“There’s always pressure,” he says. “It’s always one of the most stressful things, anticipating how it’s going to do and all that. But once it’s all over, I just want to get stuck in and do it all again. I know what it’s like, but just love doing it and seeing how far I can go. If it works, wicked. If not, I’ll try something new. There’s nothing worse than thinking you’ve got a big tune and when you play it live it’s not quite going that way, and everyone’s looking at their watches. That’s never any good. You got to work harder to perform those songs and get them across, but you live and you learn, innit? Some songs don’t come across as well live either; some are better for radio or albums, and vice versa as well. People get twisted up in asking about what I used to sound like or what I still sound like. What was good about what I did back then was that it caught the moment; I think that’s what the best music does. If I tried to capture that time again it wouldn’t sound right, so I’m just capturing now the best way I can, and so that people will still want to hear it in ten years time.”

While his earlier career was peppered with controversy, mainly surrounding an alleged feud with fellow grime MC Crazy Titch, Rascal insists the future is all that matters.

“I’m just trying to make good decisions and stay out of trouble,” he says. “The biggest thing for me is just trying to not do too much dumb shit; that’s what ruins a lot of artists in this day and age especially. Information gets out there so quickly and people can change their minds about you so quickly. Sometimes it works in your favour, because a lot of people seem to like the whole fucking reality TV idiot thing, but people can get really tired of you quickly as well. The best thing to do is to stay out of the way and let the music do the talking. The most you’re going to get out of me is my Instagram; sometimes I’ll put some crazy shit on there just to have a laugh and show a bit of my personality. I’m always working on new stuff; I’ve got ‘We Don’t Play Around’ with Jessie J, [which] I’ve just approved the video for that a few days ago, so that’s going to be on TV soon. I’ve been surprised [that] it’s been really big in Australia; I never saw that one coming. Even though I’ve played it there, I didn’t expect it to be the song with the most radio play so far. I love the friendliness of [Australia]. It’s one of my top-three places to perform. I like the people, the vibe, the buzz. There’s a really good gauge for live performing in Australia; if they like something you fucking know you’re onto a winner.”

DIZZEE RASCAL PLAYS GROOVIN’ THE MOO BEGINNING APRIL 25 IN OAKBANK, SA. THE FIFTH IS OUT NOW ON UNIVERSAL/DIRTEE STANK.