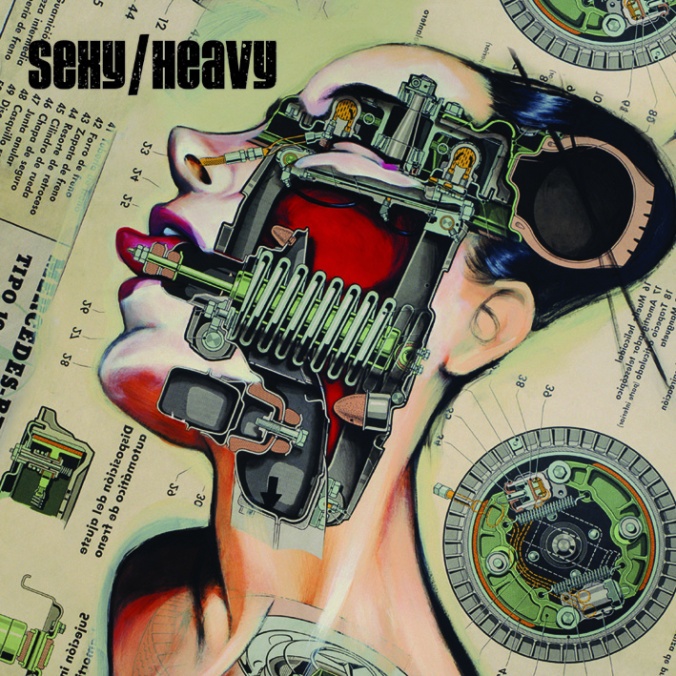 Man, there’s some seriously good hard rock coming out of Melbourne at the moment. The likes of Clowns and The Bennies have been leading the charge of a new wave of high-octane riff-bashing guitar bands, and now Sexy/Heavy are bringing something altogether more sludgy to the table. Dirty, low down riffs and ominously brooding lyrics are the name of the game on this nine-track debut album, with singer-guitarist Logan Jeff’s industrial riffs being underpinned throughout by the crunching bass-lines of Ross Walker. The always-excellent Shihad sticksman and producer Tom Larkin laid down the drum tracks for the album, and the sound undoubtedly benefits from his hard-hitting method of attacking the skins. From the opening guitar lines of first track ‘The Task at Hand’ it’s clear that subtlety doesn’t feature much in Sexy/Heavy’s music; instead, these are all-out, sweaty and downright nasty tunes to jump around to. The title track is the highlight; its suspenseful, slow-burning opening explodes into life half way through, while the interestingly named ‘Testibreasticles’ is much more dark and ominous. There’s an unmistakable whiff of ’80s metal throughout, as well as the likes of Queens of the Stone Age and Nine Inch Nails, and fans of those bands will find lots to like here. If we discreetly ignore the fact their roots are in New Zealand and not actually Melbourne, we can enjoy a fine new addition to Australian rock and metal music that begs to be played LOUD. (Independent)