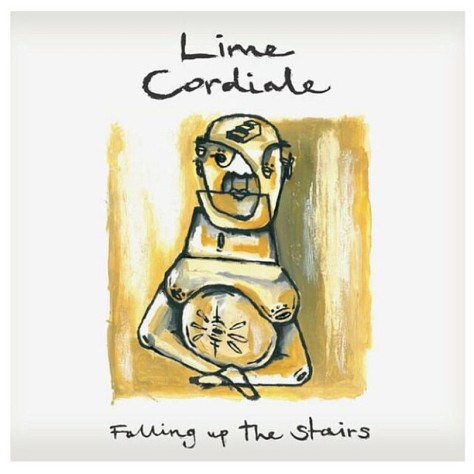 Hailing from the northern beaches of Sydney, indie-pop quintet Lime Cordiale make the kind of pop music that will make you think of summer sun, beach parties, beer, barbecues, and good times. The core of the band consists of brothers Oli and Louis Leimbach and one thing that makes this EP different from most similar indie releases is the frequent addition of brass to the songs, including trumpet and trombone at various points. There’s also a bit of clarinet in there, because why the hell not? It’s indie-pop, but with a touch of ska and world music influences in places.

As the band’s name name suggests, Falling Up The Stairs takes a fresh and sprightly approach to indie-pop, and there’s a definite Australian laid-back and upbeat vibe; this music couldn’t come from anywhere else, and much of the style isn’t too far off that of fellow Sydneysiders Sticky Fingers.

Opener and single ‘Bullshit Aside’ is the best song, and sounds fun and upbeat despite having some fairly heavy lyrics. The playful synths in ‘Famous’ are layered over what is a tight and groovy rhythm section, and the jaunty ‘Sleeping At Your Door’ sounds like it would be pretty amazing played live.

The only criticism that could be levelled at this EP is that there isn’t an obvious stand-out killer track, but with the band having just played a by-all-accounts killer set at BIGSOUND and with the might of Chugg Entertainment behind them, expect to hear a lot more from Lime Cordiale in the coming months.

FALLING UP THE STAIRS BY LIME CORDIALE IS OUT NOW