There’s something about a sold-out show that will partly make you happy that artists can still sell out venues on a cold Thursday night in Brisbane in these uncertain times for live music, and partly apprehensive about the fact you’ll be spending the next three hours crammed shoulder-to-shoulder with a plethora of potential idiots after enduring a two-day wait to get to the bar. I guess some of us are never happy. 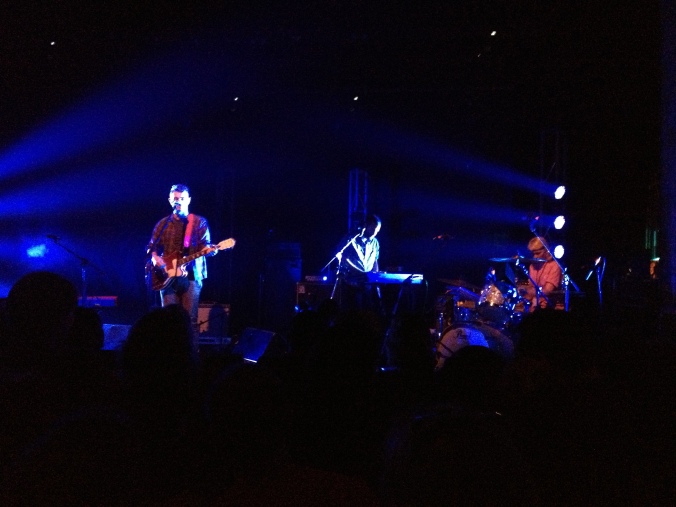 Young Melburnian folkie Vance Joy is first to step into the rich blue lightning of The Tivoli’s stage; and his amiable and charming patter entertains a quickly swelling crowd, between songs from his new EP God Loves You When You’re Dancing, including ‘From Afar’ and the excellent ‘Riptide’. A cover of ‘Dancing In The Dark’ fits in nicely mid-set after Joy explains he saw The Boss recently and didn’t expect such a lengthy set.

Next up is Melbourne duo (or in live form, a trio) Big Scary who also have a new album out in Not Art. Beginning with the slow and ominous new song ‘Phil Collins’, the band are instantly engaging and almost hypnotic, as all eyes turn to drummer Joanna Syme for the second track – the outstandingly grand ‘Belgian Blues’ – as she displays her enviable skills all over the kit, before asking the audience to engage in a joint “drool over Vance Joy”. The edgy ‘Twin Rivers’, ‘Luck Now’, and older track ‘Falling Away’ see singer Tom Iansek switch between guitar and keys with ease, and the only way this set could have been any better would be with the inclusion of ‘Mix Tape’. Like I said: some of us are never happy.

*** Allow me to now take a moment to congratulate whoever decides on what music plays between bands at The Tivoli; it’s never anything but top-notch tuneage. The boring lull waiting for gear to be set up is transformed into a collective musical erection with the likes of The Faces’ ‘You’re So Rude’ and Ike & Tina Turner’s ‘River Deep – Mountain High’. Keep up the good work, you fine, faceless people. ***

And now: Bernard Fanning. Where I grew up Powderfinger were never big, so tonight’s show isn’t fuelled by nostalgia or a sense of musical loyalty for me, as it seems to be for a lot of the audience in front of The Tivoli’s stage. Fanning and his five band members take to the stage to massive cheers and begin to rip through songs from new album Departures, as he announces his first gig in Brisbane since 2007 by saying “this is already markedly different to Toowoomba,” to the sound of even more resounding cheers. 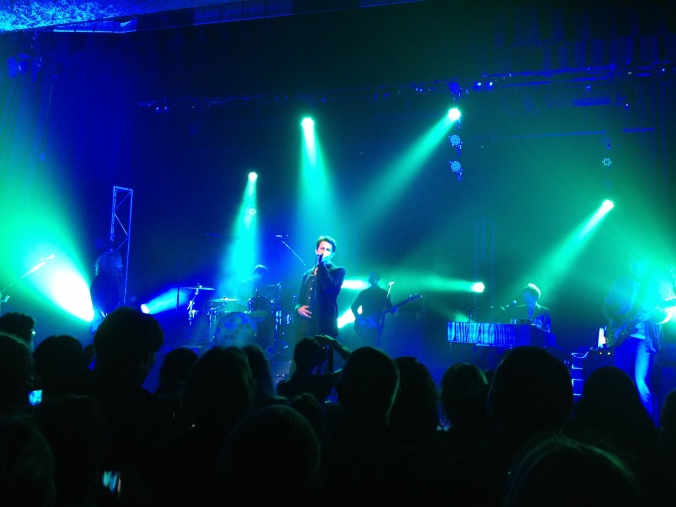 ‘Tell Me How It Ends’ is up first, followed by the big rock number ‘Inside Track’, and ‘Limbo Stick’, which all get great responses considering the record has been out barely six weeks. Introducing songs from his 2005 Tea & Sympathy album, including ‘Believe’, and then giving a shout out to his sister, mother, wife, and mother-in-law in the audience (“four firey ladies – don’t fuck with them”), Fanning seems entirely at ease throughout his hometown show, and appears to be enjoying the fervent adulation reverberating around the venue, which peaks during the best of his new songs, ‘Battleships’.

The title track from Departures is one that Fanning introduces as being about where he grew up, and gives a shout out to “anyone from Toowong”, before a massive sing-along erupts during encore highlight ‘Wish You Well’, and a happy audience pours onto Costin Street and makes for home.

Bernard Fanning has put together another fine album in Departures, and has a kick-ass touring band, and while we just enjoyed a solid set of quality Aussie rock, it’s Big Scary who fill my thoughts as I head for home; reinforcing the argument that gig-goers should NEVER avoid the support act, lest they miss their new favourite band.