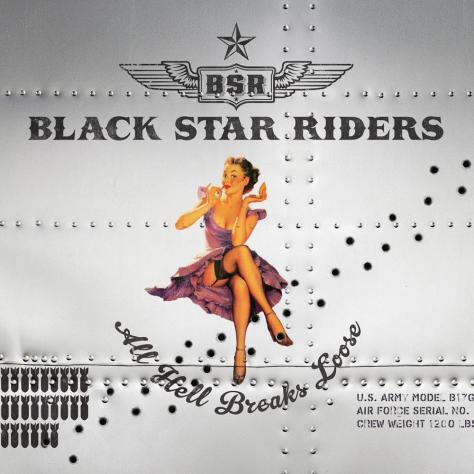 When the most recent Thin Lizzy line-up came together in 2010 – twenty-four years after the death of founder and songwriter Phil Lynott – it was at a time when the band’s future was uncertain at best. However, with original drummer Brian Downey back on board, the Ricky Warwick-fronted version of the group brought a new lease of life to Lizzy’s songs, and earned rave reviews from fans new and old. Finding themselves bursting at the seams with new material, yet thinking it inappropriate to release anything under the Thin Lizzy moniker, the band formed Black Star Riders. With no chance of the Lizzy legacy being harmed, the pressure was off, and the resulting album is a solid collection of classic rock songs; all twin lead guitars and big choruses. Second track ‘Bound For Glory’ is the most Thin Lizzy-esque song on show, with Scott Gorham’s guitar lines and Warwick’s Lynott-like vocals sounding like a lot of the band’s late ’70s output, while ‘Kingdom of the Lost’ adds a Celtic flavour, in a nod to Lizzy’s Irish roots. The title track could have been plucked from Thunder And Lightning, and the customary extended rock jam comes at the end of closer ‘Blues Ain’t So Bad’. How much mileage this band has remains to be seen, as all members are involved in other projects and Scott Gorham is in his sixties, but if this is to be the final chapter of a legendary band’s career that began in 1969, it’s a fittingly good one. (Nuclear Blast)