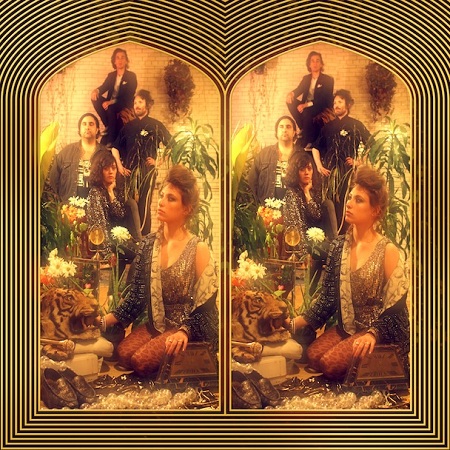 “I wanna be your friend” sings Samantha Urbani on opener ‘Friend Crush’, but after one look at the album sleeve you know that’s something that would never happen. New York’s Friends are one of the latest ‘it’ bands who look like they belong in a Coke advert, frolicking on the beach and looking more impossibly perfect than most of us could ever realistically hope to be. But do they have the tunes to back up the style? The answer their debut albums throws up is probably more no than yes. Singles ‘I’m His Girl’ and ‘Friend Crush’ are so annoyingly catchy that you’ll have to slap yourself across the face after six hours of singing them to yourself, but they are two high points that the rest of the album doesn’t come close to matching. There are elements of disco, funk, pop, and electro thrown into the mix, giving Manifest! a somewhat disjointed feeling, and many of the songs are underdone to the point of laziness; ‘Ruins’ being the worst example. The one recurring theme is simplicity, with much of the album consisting of nothing more than a Talking Heads-esque bass line, some basic keyboard tingling or sparse percussive taps, and Urbani’s appealing voice, but the overall feeling from this album is one of style over substance. There are flashes of summer-y good-time sounds for sure, but they’re much too few and far between. (Lucky Number Music)