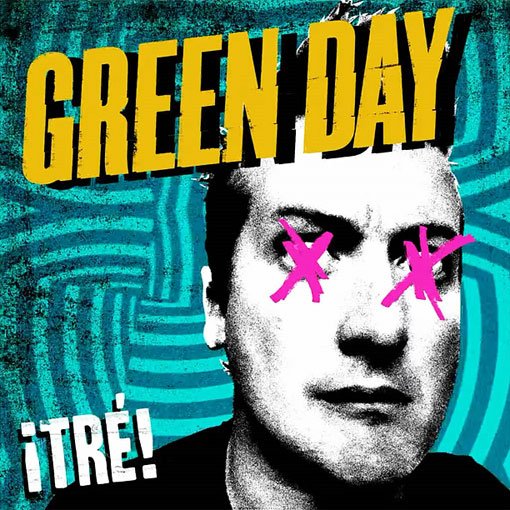 Everything Green Day have done recently has been overshadowed by singer Billie Joe Armstrong’s descent into drug hell, but Tre! – the third instalment of their punk album trilogy – sees the Californians return to business as usual of sorts. With its release date brought forward to the other side of Christmas due to Armstrong’s problems, it’s a mixed bag of an album that partly reflects the best of the band’s musical abilities (making it probably the best of the trilogy), yet at times reeks of the musical flatulence that has blighted their recent output. There are elements of the stadium rock bombast of American Idiot, the straight-up punk of Insomniac (a vastly underrated album in the band’s discography), but no sign of a sure-fire classic Green Day track. Opener ‘Brutal Love’ is all strings and grandeur, before ‘Missing You’ recalls Nimrod and ‘Drama Queen’ is the token acoustic number. ‘Sex, Drugs & Violence’ hints at a return to form in three-chord punk style, yet still manages to sound limp and light compared to previous material. Perhaps it’s harsh to compare these new albums to such bonafide classics as Dookie and American Idiot, but knowing what this band are capable of makes Tre! all the more infuriating; it’s like they feel the need to out-do themselves with every new release. Being prolific is all well and good, but surely these three albums could have been rolled into one great one? Disappointing. (Warner)