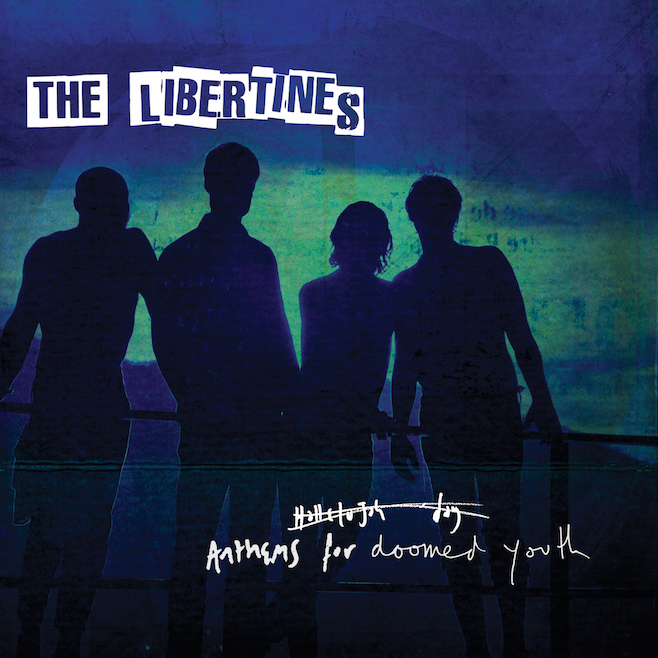 Back in 2004, you would’ve got long odds on Pete Doherty living to the following Christmas, never mind making a third album with the Libertines. Adrift on a sea of mistrust, petty crime and intravenous drugs, the singer-guitarist seemed doomed. How pleasantly surprising is it that eleven years later, the Libertines’ full line-up is back with a new album, but is there still a place for a band who once were the doomed youth, but now only write songs for them? The answer is yes, if only to allow the dual songwriting skills of Doherty and Carl Barât to flourish once more. The duo are equally adept at referencing Wilfred Owen and Rudyard Kipling as they are telling tales of crawling the streets of Camden Town or trying to “find a vein”. Much of the edge present on their earlier records is inevitably blunted, but danger’s loss is songcraft’s gain, and a less frantic approach to their work makes sense for a bunch of guys approaching forty. Opener ‘Barbarian’ is misleading as it could fit perfectly into either of the first two albums, while slower tracks ‘You’re My Waterloo’ and ‘The Milkmans Horse’ provide introspective moments, and the garage reggae of single ‘Gunga Din’ shows the band still owes much of its sound to the Clash. Anyone looking for an anthem as glorious as ‘Don’t Look Back into the Sun’ will be disappointed, but maybe it’s unfair to compare the Libertines of 2015 to the 2004 version. Perhaps we should be grateful this album exists at all. Or should that be astonished?

In a recent interview with the UK’s Uncut magazine, The Clash guitarist Mick Jones said “Being in The Clash was a defining moment in our lives, and I’d be lying if I said I’d gotten over it.” At first these would appear to be heavy words from a guy who was unceremoniously given the boot seven years into the career of a band he co-founded in 1976 with Joe Strummer and Paul Simonon, but it reveals a little about how this new collection of The Clash tracks came about. After Strummer’s untimely death just before Christmas 2002 at the premature age of 50, all hopes of the Holy Grail of band reformations vanished, and it’s left to events like the release of this new box-set to quench the thirst for new The Clash material for their legions of fans the world over. The fact that the three surviving members – including recently rehabilitated drummer Topper Headon – got together to curate the release (and are apparently still good friends) also adds a touch of intrigue.

Fully remastered from the original tapes, this 2 CD or 3 LP 32-track box-set will probably be the last release by the band – at least officially – and that alone makes it something of an interesting record. “It seemed important to me that what we did should be preserved,” said Jones, on the subject of carrying the band name forward. One thing of which there can be no doubt is the fact that this music is top, top stuff – among some of the best ever recorded. Cute band reunions are all well and good, but do we really need another greatest hits by The Clash, no matter how nicely packaged and sufficiently endorsed by ex-members? The answer is probably no, although die-hards will buy it all the same; that’s how much the band mean to so many people. The Clash were something that is these days a rapidly vanishing part of musical culture; they were an outstanding albums band, while still being hot shit in the live arena, and they had a finger on the social pulse of personal politics. The conception, progression, and ultimate decimation of their career is played out throughout their six studio albums, and with a couple of excellent post-mortem live records available for public consumption, there is nothing much more you’ll need to hear from the West London originals. In saying that, if there has to be such things as greatest hits albums, this shines high and mighty above any of the dross you’ll find in the 3 for $20 bin down at JB’s.

Clearly someone, or probably a team of people, was in charge of sequencing, but the running order isn’t chronological as perhaps it should be, or even particularly ordered by the many genres the band covered throughout their short but explosive career. But then, The Clash’s albums were often such a versatile mix that maybe it’s appropriate. There’s straight-up punk in ‘White Riot’, rockabilly in ‘Brand New Cadillac’, Caribbean rhythms in ‘Bankrobber’ and ‘Ghetto Defendant’, rock in the likes of ‘Clampdown’ and ‘Complete Control’, and a hundred other elements throughout. Maybe it actually takes a collection like this to truly understand the range of this outstanding band.

I’ve listened to the original album versions, subsequent greatest hits packages, and then the new release, and can’t hear any real difference in the quality of sound, so don’t be expecting some mind-blowing new form of clarity here. The music sounds fantastic, but then so did the original albums. To anyone thinking about getting into The Clash, I would urge them to try the original albums first; start right at the beginning and then head for London Calling and Sandinista!, followed by the live album From Here To Eternity. But to everyone else, I’d say why not go for it? They were only one of the best bands to ever play a note; what could possibly go wrong?