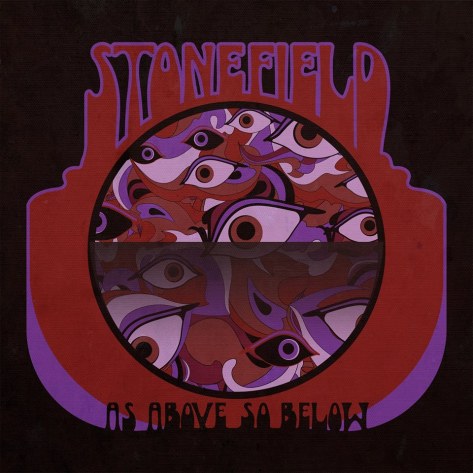 Okay, before I begin, let me say this: our very existence is on a knife-edge and everyone dies alone. In a world of uncertainty we have to grab hold of whatever takes the edge off the grim reality on the front pages. The country’s going to hell in a Hanson-shaped handcart, so the time for plunging worried fingernails into the small certainties that make life worth living is upon us. One of those certainties is the ability of a good rock band to soothe the soul and free the mind, and the four Findlay sisters of Stonefield have been a good – hell, great – rock band on the national scene for close to six years. This release, their second full-length along with a couple of EPs, is a work of maturity and drive that expands on their instantly-riffy, ’70s-soaked psych-rock sound and pulls in other influences from the wider rock realm to make quite the gut-kicker. The sludgy, Sabbath-esque ‘Sister’ and organ-driven ‘Dream’ let you know they haven’t gone soft since their 2013 debut, while ‘Love’, ‘Eyes’, and ‘Higher’ (what’s with all the one-word titles, guys?) sound like they will be monstrous on stage. There’s a lingering feeling this is much more of a ‘band’ album than previous Stonefield records. Rather than four talented individuals ripping into their instruments, it has a cohesion most likely forged by constant touring at home and abroad, including dates with Fleetwood Mac. Country Victoria can be proud of the Findlays, and the rest of us can take heart from the knowledge that while just about everything is slipping through our fingers, some things remain steadfast. 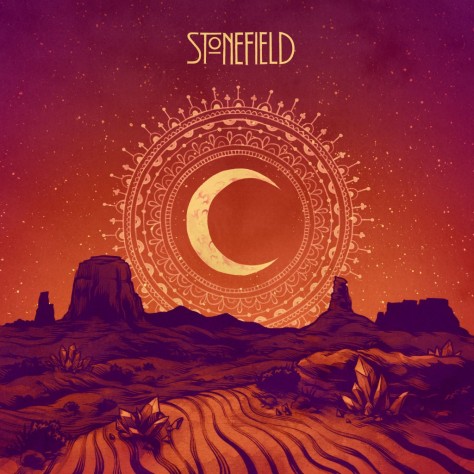 Haim might be the most well-known group of sisters to storm the charts in recent times, but the hard-rocking Findlay sisters of Stonefield have been impressing on the live circuit since 2010, quietly (or blisteringly loudly, if you’ve been to one of their shows) building a following, and baby-of-the-family and bassist Holly is still only 15. For their debut album the quartet from rural Victoria have dipped a sponge into their parents’ album collection, soaked up the best vibes from early ’70s classic rock (think Led Zeppelin and The Who) and turned them into a classy set of rock tunes for a new generation. Drummer/vocalist and oldest sister Amy is the most powerful weapon in the band’s arsenal; her voice could probably knock out a bull at ten paces, as on grandiose lead single ‘Put Your Curse On Me’. Combined with Sarah’s swirling keyboard lines and the crushing riffs from Hannah’s Les Paul, it makes for a powerful album that will give you confidence that the future of Australian rock is in safe hands.

It’s refreshing that in a week where the ‘biggest’ musical event to happen in Brisbane was One Fucking Direction selling out the Convention Centre and forcing a collective creaming of jeans amongst their adolescent marketing victims (sorry, fans), people who like proper music played by proper musicians could cruise along to the Zoo in the Valley and hear some of the best young rock bands in Australia right now. Thank Christ for Stonefield.

Before this review turns into a rant against boy bands and all things manufactured, let me just say I have nothing against them; it’s their fans that need beaten with several pieces of heavy farming equipment. Twenty dollars would maybe get you two hotdogs and a coke at the Convention Centre while you listen to five prancing teens sing about their manginas, or nearly five hours of committed, pure-as-the-driven-snow rock ‘n’ roll at the Zoo; music played by the people who wrote it, and with enough conviction and attitude to scare One Direction’s balls into dropping.

One bunch of guys who have absolutely no problem locating their balls is support act The Delta Riggs; the Melbourne five-piece packing enough gloriously groovy Southern-rock cool into their set to make you think every piece of music since 1974 never happened. Decked out in cowboy hats, retro ‘70s shirts, and hair galore, they incorporate epic guitar, organ, and even some bluesy harmonica into a fantastic set. Taunting the “silly bunch of cunts up the back” for being too-cool-for-school and not joining in the fun, front man Elliott Hammond oozes Jagger-esque attitude and even manages to include “lend me some sugar, I am your neighbour!” from Outkast’s ‘Hey Ya’ into the middle of a song. The highlight of their set however, was Hammond brilliantly dedicating their song ‘Mary’ to Levon Helm, The Band’s legendary singing drummer, who died this week.

Speaking of singing drummers, Stonefield’s Amy Findlay has one hell of a set of pipes, and her band has more balls than One Direction’s entire fan base and the Delta Riggs put together. I have to admit, I was surprised and impressed by the power of the four hard-rocking sisters from rural Victoria, as they pounded, slapped, and strummed the living shit out of their instruments in an amazing seventy-five minute set.

As they are a young band yet to release their debut long player, you can pretty much be certain of which songs will feature in a Stonefield set. ‘Move Out Of My Shadow,’ ‘Drowning,’ and ‘Addicted Love’ are all blasted into the audience with one hundred percent commitment, with guitarist Hannah effortlessly peeling off the riffs like she has been doing it for decades, while baby-of-the-family and bassist Holly lifts her tiny frame onto the monitors, twirls her waist-length hair and gives it everything. It’s frightening to think that at fourteen years old she has already played the Glastonbury festival in England and toured all over Australia and the world.

It’s when Hannah switches her Gibson SP for a Les Paul and the crushing opening riff of ‘Black Water Rising’ thunders from the stage that the second half of the set cranks the proceedings up a notch. With the energy level not letting up, and Amy putting so much into her vocals that you think her vocal cords can’t possibly hold out, they launch into new single ‘Bad Reality;’ another blast of blistering, pounding rock riffage that should be a set staple for years to come.

Steppenwolf classic ‘Magic Carpet Ride’ gets a run-out – a song that perfectly encapsulates Stonefield’s spirit and allows keyboardist Sarah to flaunt her skills – before the support drummer comes on and Hannah takes the stage front and centre for ‘Drowning.’ Closer and Triple J favourite ‘Through The Clover’ gets an epic airing before the girls leave the stage to massive cheers and whistles from the Zoo audience.

Two minutes later, after much foot-stomping and calls for more, they are back, launching into Zeppelin’s ‘Whole Lotta Love,’ with almost as much swagger and energy as Page and co. did in their heyday. Amy’s voice seems tailor-made for the song, and she doesn’t let up with the vocal acrobatics until the dying seconds, when she and her sisters leave the stage for good, to the sounds of ringing appreciation from all sections of the audience.

All in all, it was an epic night of old-school rock ‘n’ roll, by young bands having the time of their lives, doing what they love, and playing music in a style that belies their tender years. It’s all too easy to rant about manufactured pop and the shit state of the music industry, but after seeing these guys in action I take heart. The next half-century of Australian rock is in good hands.