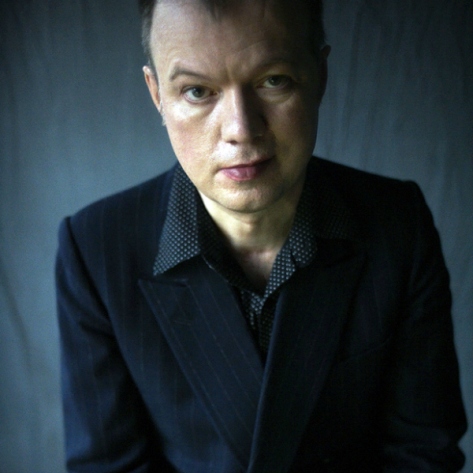 As a founding member of cult post-punk band Orange Juice and as a solo artist in his own right, Edwyn Collins has made a thirty-year career out of blending the best of indie, Northern Soul and punk. His 1994 smash ‘A Girl Like You’ saw him find fame on a global level, before a near-fatal cerebral haemorrhage in 2005 changed his life forever. After a long period of rehabilitation in which he learned to walk and talk again, the Scot returned to making music with a passion as strong as ever. I took some time to chat with the bona fide legendary musician and producer before his appearance at Sydney Festival in January.

Hi Edwyn, it’s been almost nine years since you fell ill. How are you health-wise right now?

I’m great. I had six months in hospital when I couldn’t say a thing except “yes”, “no”, my wife Grace’s name, and “the possibilities are endless” over and over again. I’m getting there slowly; recovering my speech and so on. My speech is still dodgy, but I’m getting there.

What songs are you planning to play when you come out to Australia? What can fans expect from your shows?

The first song is ‘Falling and Laughing’ which is one of my very first songs from 1980, and I still play it today; I like the verse and chorus. ‘Rip It Up’ of course, ‘A Girl Like You’ of course, and my new album Understated and so on. A selection from my entire career basically; all my indie hits! I’ll be bringing James Walbourne on guitar, Carwyn Ellis on bass, and Sean Reed on keys.

You’ve always had the ability to write simple and brilliant pop songs. What’s your method?

Before my stroke I found it easy to write. Now I still find it easy to write the music, but the words take a long time to do. Thinking about the subject matter is hard for me to do. Before, it was easier to sit down and think about things and visualise them, but now it’s somewhat harder to do, and takes time. The music still flows well, but the verses and choruses especially take more time. I can still use a guitar with my left hand to form the chords – C, D, F minor and so on – and use a Sony tape recorder to record ideas. Sometimes I’ll think “oh, that’s excellent” when the ideas are flowing and when I’m travelling I’ll take the tape recorder with me.

What are the pros and cons of not being on a major label and being managed by your wife?

It’s relatively easy. Grace and Susan do all the donkey work as my managers. I’m concentrating on being in the studio at the moment. It’s really fine. My wife has been an angel to me, helping me to communicate and to get on with my life, as well as helping me to understand the world. Understanding and visualising the world once more was the hard part. During the six months in the hospital I was not normal, and even now some people say something is daft within my brain, but it’s all fine. During the six months in hospital I was so frightened and disturbed. It was such a weird experience. I was asking myself who am I and what’s gone wrong, and nowadays it’s much easier I have to admit.

Do you enjoy producing other bands or making your own music the most, and what new music has caught your eye?

It depends; probably fifty-fifty I’d say. It’s all good stuff and worthwhile I think. I like The Cribs and Franz Ferdinand, but I’m 53 now and I must admit I’m getting old and a bit detached from new music, but I say bring on the young pretenders! I like my indie, Northern Soul, punk and hip-hop, and that’s it.

What are you most looking forward to about coming to Australia?

I came to Australia around the time of ‘A Girl Like You’ and I really enjoyed it immensely, so I’m really looking forward to it this time. It’s a long journey, but it’s going to be great.