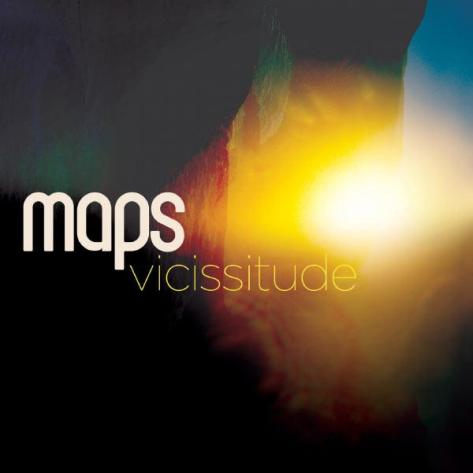 Back in 2007, the powers that be saw fit to nominate Northampton native James Chapman’s (a.k.a. Maps) debut album We Can Create for the Mercury Music Prize, among such esteemed company as Arctic Monkeys, Amy Winehouse, and eventual winners Klaxons. Six years and two albums later, and it’s hard to see what could have possibly possessed that year’s panel of experts; one has to assume it was a pretty lean year for British music, outside of a few big albums. That album at least had a relatively fresh sound for the time; the electronic shoe-gaze approach to making music being fairly uncharted territory in a year that saw a resurgence in beardy indie bands. The truth is, listening to Vicissitude is a tiring and insipid affair. Opener ‘A.M.A.’ sets the scene for what’s to come by evoking nothing but a face-cracking yawn, as waves of sickly, over-pleasant muzak waft over gentle vocals, and second track ‘Built To Last’ follows in a similar and almost indistinguishable vein. ‘Nicholas’ is probably the worst effort; getting through its six minutes of dull, repetitive dirge is a challenge to test the strongest of constitutions. The only positive thing that can be said about Vicissitude is that it could make pretty good background music in a situation when you don’t need to notice it, but that’s hardly much of a compliment, is it? It has to be assumed that making this album cost someone quite a lot of money, when really they shouldn’t have bothered. (EMI)