IT’S been a long five years since the AC/DC train rolled through Australia on the Black Ice tour, so it’s not surprising that seemingly every rock fan in Brisbane has descended on QSAC, armed to the teeth and ready for battle with flashing devil horns and the blackest of black T-shirts, ready to see if the Rock or Bust show can top that triumphant memory.

The great thing about AC/DC shows up to now is that fans know exactly what they’re going to get: two-ish hours of straight-up, world class rock ‘n’ roll with duckwalks and inflatable cartoon groupies thrown in for good measure. This time, though, something is different: rhythm linchpin Malcolm Young and long-serving drummer Phil Rudd are no longer with the band; the former now suffers from dementia and the latter found himself under house arrest. Replacing them are Malcolm’s nephew Stevie Young on guitar and drumming veteran Chris Slade; both have served time with the band previously. So, are the new/old boys up to the task?

Kingswood are the first to step up and warm the audience’s eardrums, and they do so with hard-rocking aplomb. Opening with ‘She’s My Baby’, the Melbourne quartet immediately sound massive, and as the cool-as-funk synths of ‘I Can Feel That You Don’t Love Me’ slice the dusk air, it feels like they’re making this look and sound easy. Frontman Fergus Linacre’s towering vocals during closer ‘Ohio’ sound right at home in a stadium.

Everyone’s favourite Swedish garage rockers are next, and it’s great to see that after 20 years in the business, the Hives are still throwing themselves around stages with as much hyperactivity as they did after breaking big in the early 2000s. With his trademark high kicks, microphone swinging and crowd baiting, frontman ‘Howlin’ Pelle Almqvist covers several kilometres around the stage, issuing unintelligible demands and declaring his love for Brisbane. ‘Walk Idiot Walk’, ‘Die Alright’, ‘Tick Tick Boom’ and the “song about me being an asshole”, ‘Main Offender’, still sound great, and by the time they’re finished with ‘Hate to Say I Told You So’, the air is thick with anticipation and the smell of a thousand upturned rum and cokes.

After the traditional animated opening, this time featuring an asteroid Angus, AC/DC kick into the title track from Rock or Bust, and any concerns over the absence of certain tried-and-trusted band members fade. Immediately sounding, and more importantly, feeling, like the AC/DC we know and love, the band is tight and heavy. Slade is a powerhouse behind the kit and Stevie Young plays as closely to his uncle’s sound as probably anybody could.

‘Shoot to Thrill’ is followed by ‘Hell Ain’t A Bad Place to Be’ and ‘Back in Black’, at which stage, despite singer Brian Johnson’s top form and bassist Cliff Williams’s solid display as ever, it becomes the Angus Young show for the rest of the gig. He is basically the frontman of AC/DC after all, and whether he’s duckwalking, pointing to the audience, shredding like a maniac or throwing himself around the floor like a child having a seizure, the six-string legend has thousands of people eating out of his hand at every move.

Newer track ‘Play Ball’ sits perfectly among the Back In Black-era songs, ‘Dirty Deeds Done Dirt Cheap’ earns the first of many boob flashes of the evening, ‘Thunderstruck’ receives an earth-shaking response and ‘High Voltage’ sees Brian Johnson calling Malcolm Young’s name and hearing it yelled back at him in glorious harmony. It’s after ‘Have a Drink on Me’ and ‘TNT’ that inflatable Rosie makes an appearance, which leads into an extended, fiery version of ‘Let There Be Rock’ and an encore of ‘Highway to Hell’ and ‘For Those About To Rock (We Salute You), complete with trademark cannon salute and fireworks.

It seemed difficult to imagine how AC/DC could have topped the spectacle of the Black Ice tour, but with Rock or Bust, they’ve done it. To think of what they’ve accomplished having lost a founding guitarist and established drummer is remarkable, and this show is the evidence. Whether there will be another tour is hard to call, but if tonight’s gig was anything to go by, Angus and the boys can do just about anything they want to.

Encore:
Highway to Hell
For Those About to Rock (We Salute You)

SUPER cell storms and flash flooding be damned; when Brisbane wants to enjoy some quality rock, there ain’t no weather going to get in our way.

While a freak afternoon downpour may have put the dampeners on many a punter’s Saturday night plans, a sold-out Triffid hosted a triumphant triplet of bands, each of which is doing great things for Australian music right now.

First up is Brisbane’s own The Belligerents who kick the night into gear and show how much they have come into themselves in the past couple of years. Their penultimate song – and recent single – ‘In My Way’ is a major step forward musically for the band, while Jim Griffin’s space-rock guitar takes their sound to a new, stratospheric level.

Melbourne six-piece Lurch & Chief have got to be one of the most exciting new(-ish) bands in Australia at the moment. Fill the superlative jar up to the brim and let it overflow all down your shirt and fill it up again; these guys are bloody brilliant. The juxtaposition between the towering monster vocals of Hayden Somerville and Lilibeth Hall’s more poised approach is a joy to behold, as Somerville throws his arms and hair around the stage and Hall remains the epitome of cool in the centre. New tracks from their upcoming EP sit well next to the more well-known ‘We Are The Same’ and even their cover of Chris Isaak’s god-awful ‘Wicked Game’ comes off wonderfully.

Kingswood are another band flying high right now, with a new album earning rave reviews, a national tour almost in the can and their biggest home-town shows to date just behind them. After a fitting rock ‘n’ roll delay, the lavishly-maned quartet waste no time getting among the riffs with a hard-hitting opening trio of ‘She’s My Baby’, ‘All Too Much’ and ‘Sucker Punch’, in a blistering opening. Referring to the audience as “beautiful people”, frontman Fergus Linacre teases with the words “and I don’t say the beautiful thing every night”.

Perhaps, though, the real star of Kingswood is guitarist Alex Laska; his driving riffs and soaring solos are the standout feature of this international-quality band, although the four parts are as essential to the make-up of the band as each other. Their top-level song-writing on the recently-released Microscopic Wars is probably best epitomised by ‘I Can Feel That You Don’t Love Me’; a song that opts for groovy sleaze over rockin’ riffs, their ‘Nightclubbing’ if you like. ‘Tremors’ and ‘Eye of the Storm’ go down well with an audience getting into the occasion, while the titanic ‘Ohio’ provokes such a mass sing-along that Linacre hardly needs to bother.

Sometimes you’re lucky to get one band on a bill firing on all cylinders, but this gig provided three. Sometimes it never rains but it pours. 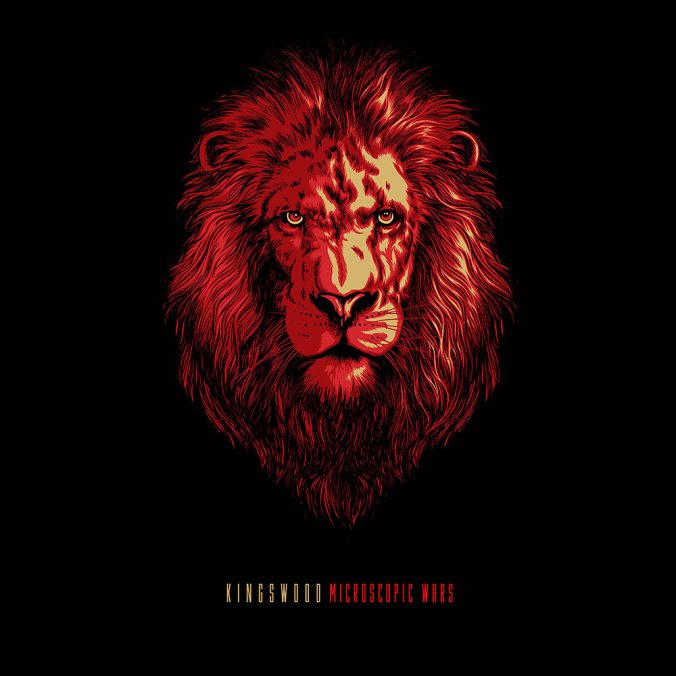 As recently as February, Arctic Monkeys frontman Alex Turner felt the need to include the words “that rock ‘n’ roll, it just won’t go away” in an award acceptance speech, as a gesture of defiance in support of a so-called waning form of music. If rock and roll is indeed fading away, thankfully nobody has told Kingswood, who seem intent on embarking on a one-band mission to put it back where it belongs. Anyone who has had their ears assaulted by the Melbourne quartet on one of their many jaunts up and down the east coast over the last couple of years knows that they are one of the hottest rock bands in Australia right now, but until now they’ve been a white hot rock band without a debut album. Now it’s here, and it’s a lot more varied than you might expect, with the scorching big-noise numbers ‘Ohio’ and ‘Sucker Punch’ being bookended by the desert blues of ‘So Long’ and jaunty ‘Piece By Piece’. Single ‘ICFTYDLM’ packs an altogether groovier punch than perhaps anything the band has done before; it’s as if a sleazy lounge band has been allowed to throw in some songwriting ideas for a few minutes, and it works beautifully. Inevitable Led Zeppelin comparisons will ensue, but whether you label this album good old fashioned rock and roll, straight-up guitar-rock or whatever, in the end Microscopic Wars is simply a ballsy and brilliant piece of work. The future of rock and roll, it seems, is in excellent hands. (Dew Process)