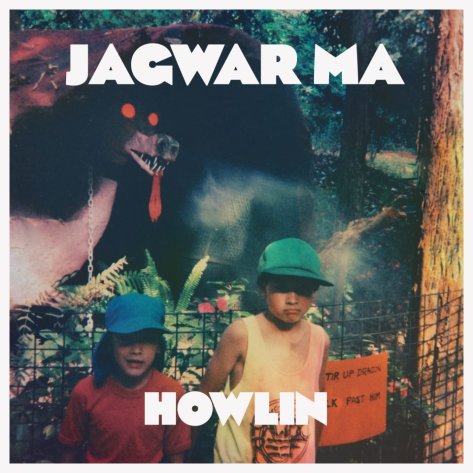 Manchester in 1990 must have been a pretty cool place to be. Bands like The Stone Roses, The Happy Mondays, and The Inspiral Carpets were kick-starting a new musical revolution good enough to see off the manufactured crap-pop that dominated the charts in the ’80s. But for such an iconic group of bands to have so few direct descendants taking on the legacy of ‘Madchester’ music is a little strange. Enter Sydney indie-dance duo Jagwar Ma. Howlin – the band’s debut album – comes complete with the sort of ecstasy-fuelled beats you might expect to see on the dance-floor of The Haçienda nightclub in its heyday; all that’s needed is a few hundred wide-eyed party kids and Bez flailing his arms around on a stage somewhere. Jono Ma and Gabriel Winterfield manage to cross genres and eras with apparent ease throughout the album; going from dance, acid-house, indie-rock, and back again from song to song. Every DJ and dance producer knows not to blow their wad too early, so opener ‘What Love’ is a chilled-out start, easing us into the more up-tempo tunes to come, and ‘Uncertainty’ is surely the brother-of-another-mother of The Happy Mondays’ ‘Hallelujah’, with a dangerously catchy chorus and plenty of synths. The excellent ‘The Throw’ and ‘Come Save Me’ will be well-known to radio listeners and possess perhaps the best hooks, and later track ‘Exercise’ could have been lifted from a Stone Roses album, and ‘Let Her Go’ has shades of cult indie band The Las. Keep an eye on these guys – they’re doing something more than a little special. (Future Classic)